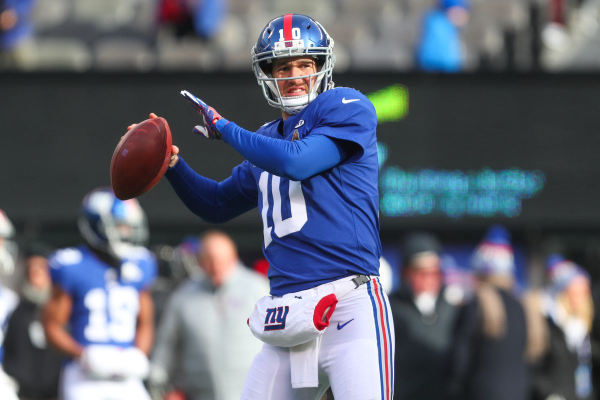 If you’re anything like me, and if you’re reading this I’ll assume you are, your inbox is already filling up with the ever-present, hardly-ever-useful fantasyfootball reminders. Join a league, create a league, draft this guy, avoid that guy, etc. etc., on and on. It’s time to make these types of posts worth your while and the best way to do that is to take some tips from the guys thinking big picture.

Most fantasy football leagues are for the amateur gamblers. Just something to join in at the office. Others are big-time affairs with big money and bigger bragging rights. We encourage all of this behavior by the way, but the fact of the matter is fantasy football players don’t necessarily wager on the games while we wagerers always play fantasy football. We just have a different perspective and it’s because we care more about the point spreads of NFL games as opposed to which defense to start. That said, NFL gamblers know that one player can make a big difference in the outcome of a bet and that’s what makes them good at fantasy. Here’s some sleepers you are going to want to grab in your fantasy draft and some players to watch before laying your wager. It’s a twofer!

Not enough can be written about this guy. If you follow any football on any social media you’ve already seen what a beast this dude is during team workouts or private workouts or morning workouts or late afternoon workouts… You get the picture. Beware betting against the Giants when they are getting points (which they will early in the season) but be sure to grab Barkley as your second overall pick (most will stay away from drafting a rookie that early). This kid is the real deal.

No, I am not a Giants fan. That said, this team was so bad last year people are going to take for granted that they have former Pro-Bowlers at important positions. One of them is EliManning. Yes, he is at the end of his career but he will have player-makers all around him this season and he is going to win games no one expects him to (if the Giants are getting over a TD, you take the points) and be available to draft because no one expects him to. Grab him in the 8th or 9th round depending on how your draft is playing out.

Seriously, I am not a Giants fan. That said, you probably know what I am going to say after the last two so I’ll keep it short. He is a good player with plenty to prove and he will. He is that good.

Just kidding. They won’t be that good. A backup Defense on a down week.

The Redskins have a ton of bad talent at running back so this rookie shouldn’t have a problem getting plenty of touches. The Redskins will be a good team to bet against but not because of this guy. The LSU product is a solid running back and, as mentioned, fantasy footballers avoid rookies when they shouldn’t so he’ll make a great second RB.

A Bears QB? What? Say what you like but this kid can play. Everyone shook their heads when the Bears traded the house to get this guy but if his rookie year was any indicator, he’s here to stay. A big guy with a big arm on a team with a big upside. The Bears will be dogs next year more often than not but Trubisky will keep them close enough to cover as well as putting up good numbers without the dreaded INTs that fantasy footballers hate. Super Sleeper.

The Raiders wideout is coming off a bad year. However, he was hurt all of last season. Not hurt enough to miss any games but definitely hurt enough to be slowed down. This year he is not hurt and will probably be available for your second WR. And the Raiders are on the comeback trail as well. Injuries did a number on this team last year but their big guns are all healed up and ready to go. Load up on the Raiders early in the year before everyone realizes how good they are and draft this kid in the fifth round.