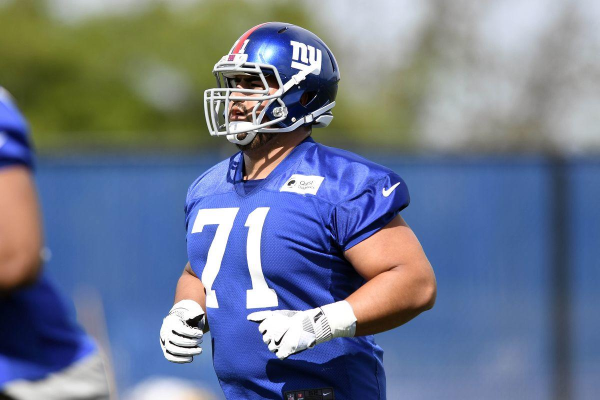 Before the season started, no one anticipated that the Chicago Bears would be in the position that they are today. The team is 8-3, on a five-game winning streak and currently lead the NFC North. They just finished a tough stretch where they played, and won, three divisional games in the span of 12 days. Their offense has been productive while their defense has been absolutely dominant. For the New York Giants (3-8), it has been a bit of a train wreck of a season. The offense has sputtered behind Eli Manning, despite the sensational play of rookie Saquon Barkley and wide receiver Odell Beckham Jr. The two teams will match up Sunday when the Bears travel to MetLife Stadium to take on the Giants. Kickoff is scheduled for 1:00 pm ET.

The point spread comes in with the Chicago Bears being 3.5-point favorites despite playing on the road. The over/under on total points scored is set at 44.5 points.

Bears Hoping For Win Despite Absences

It will be interesting to see who is actually under center for this game for Chicago. Mitchell Trubisky has not practiced most of the week with a shoulder injury that suffered a couple of weeks ago that also forced him to miss the game against the Lions on Thanksgiving. Despite that, he practiced on Friday and is listed as doubtful for the game. If he can’t go, it will be Chase Daniel taking the snaps. In the win over the Lions, Daniel threw for 230 yards, 2 touchdowns, and no interceptions. He did take 4 sacks during the contest, though.

Defensively, the Bears have several players who could find their way to the Pro-Bowl including Khalil Mack (8 sacks), Akiem Hicks (4 sacks), Kyle Fuller (5 interceptions and Eddie Jackson (4 interceptions). Even rookie Roquan Smith has had a nice season leading the team with 61 tackles and adding 4 sacks to go along with it.

It is worth noting that while the 8 losses for the Giants has them out of contention, 6 of those 8 losses have been by a touchdown or less. They have been in many games, but they always seem to find a way to lose. Eli is still Manning the quarterback position for the Giants and has thrown for 3,093 yards, 14 touchdowns, and 7 interceptions. Unfortunately, he has trouble staying upright as he has been sacked 38 times for 295 yards lost. His leading receiver is Odell Beckham Jr., who has gone for 1,017 yards and 5 touchdowns.

The best weapon that the Giants have is Saquon Barkley. The rookie running back has rushed for 829 yards and 8 touchdowns while also adding another 581 yards and 4 touchdowns through the air.

Bears Until They Prove Otherwise

I am concerned with this game as a potential trap game for the Bears. They just finished winning three big divisional games in 12 days and many have already started talking about their matchup next week with the Los Angeles Rams. It would not shock me if the Giants gave them a run for their money, especially if Trubisky doesn’t play. Despite that, until the Bears defense shows that it can falter, I struggle not to pick them. For my money, I am taking the Bears, mostly because of their defense, even giving up 3.5 points.