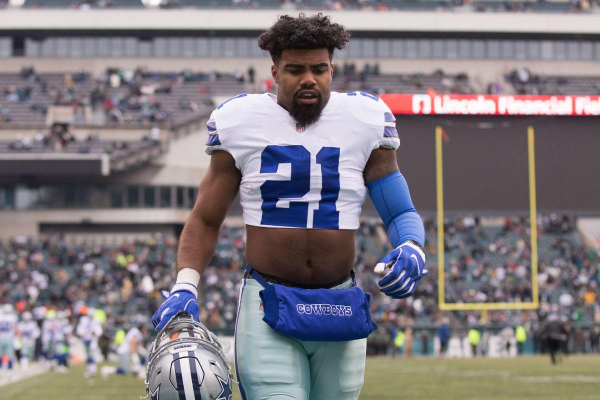 In the opening game of the 2018 NFL season, the DallasCowboys travel to take on the CarolinaPanthers. With a match-up of polarizing quarterbacks between Dak Prescott and Cam Newton, this game is sure to be entertaining. The Cowboys finished the 2017 season at 8-8 and missed the playoffs. The Panthers finished the regular season 11-5 and made the playoffs before falling to the New Orleans Saints 31-26 in the wildcard game.

Both teams are looking to get off to a good start to jump-start their push to the playoffs this year. Both teams are capable of making the playoffs but start off the beginning of the year with a stretch of tough games. The Panthers are the favorites as the line is -2.5 to open up the season.

The Cowboys are coming into this season with a much younger roster than last year. There are only two players on the roster above the age of 30 and gone are Cowboy staples Dez Bryant, Dan Bailey, and Jason Witten. Their star quarterback returns as Prescott looks to lead the team back to the playoffs for the first time since his rookie year.

Prescott had a great year in his first year but last year took a step back but still threw for 3,324 and 22 touchdowns. He did throw 13 interceptions though which was an increase from just four his freshman year. Ezekiel Elliott will also be starting the season as the Cowboys guy at running back. Last year, he was suspended to start the year but still ended up with 983 yards in 10 games played.

Elliott is also entering his third year along with Prescott. The Cowboys are coming off of a successful preseason but the jury is still out as to whether or not the Cowboys are going to be able to translate that to the regular season. This is a good team, it’s just a young one. Their defense is solid and they will play a big part in their success this year.

Panthers Looking to Get Back on Trop

The Panthers are a team with high expectations coming into the year as they are seeing to make it back-to-back playoff appearances. Newton is now in his eighth season at the helm of the Panthers and is a true dual-threat quarterback. Last year, Newton threw for 3,302 yards and 22 touchdowns. He ran for 754 yards last year which was a career high and led the team in rushing.

Christian McCaffrey had 80 receptions out of the backfield and really helped Carolina become a dynamic offense because you didn’t know where the ball was going. To start the year, the Panthers offensive line is in shambles. They have four starters on the line that are either questionable or worse for this week’s game. With the potential to lose four starters from your line. Newton may be running for his life.

This could be a really good game for McCaffrey as he should see a lot of passes in the flats since the Cowboys could blitz a lot this week. Look for the Cowboys to bring pressure early and try to set the tone. I think that they come out tough and win the game outright. Take the Cowboys with the +2.5 line.