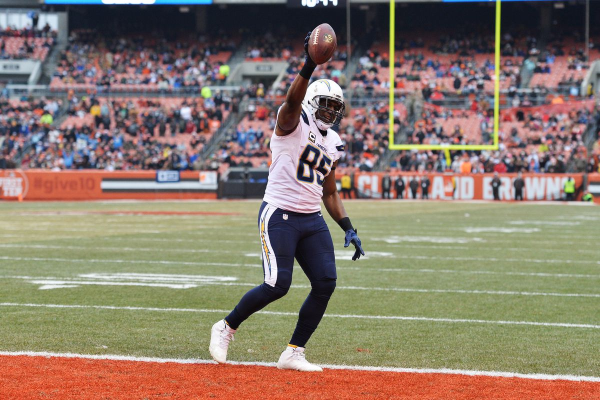 After a long wait, the NFL regular season finally starts tonight. In preparation for the season ahead of us, let’s take a look at some of the NFL’s top stories over the past week.

After holding out for the entire preseason in hopes of getting a new contract with the Raiders, linebacker Khalil Mack was traded to the Chicago Bears over the weekend. The Bears sent two first-round picks to the Raiders to get Mack and then quickly made him the highest paid defensive player in league history. Naturally, Raiders fans were upset at losing him due to the team’s refusal to pay him. Meanwhile, Mack joins a Chicago defense that was a little under-rated last year and could be even better this year with a dominant edge rusher.

The Jets made two big moves with the quarterback position over the past week. First, they traded Teddy Bridgewater to New Orleans, where he will serve as the backup to Drew Brees. That opened the door for them to name Sam Darnold the starter over veteran Josh McCown. In a fair fight, Bridgewater outplayed Darnold a little during the preseason, but the Jets saw enough from the rookie to make him the starter this season, enabling them to pick up an extra draft pick for Bridgewater. Darnold will now start against the Lions, making his NFL debut on Monday night.

Unlike the Jets, the Bills have decided against starting the season with a rookie quarterback. After trading A.J. McCarron to the Raiders, the Bills chose Nathan Peterman as their Week 1 starter over rookie Josh Allen. Peterman started one game last year and it was a complete disaster. However, head coach Sean McDermott has always liked Peterman for whatever reason, so Allen will start the season on the bench while Peterman gets another chance.

NickFoles will start tonight’s season opener for the Super Bowl champion Eagles, but he may not have that gig for long. Eagles head coach Doug Pederson mentioned earlier this week that Carson Wentz is “close” to making a return. Wentz has not been cleared for contact, and until that happens, he has no chance to play. But Pederson’s optimism indicates that perhaps Wentz could be back within the next couple of weeks.

Teams are always worried about losing players to injury during the preseason, but for the 49ers, it happened in practice leading up to Week 1. Earlier this week, the 49ers announced that JerickMcKinnon has been lost for the season to a torn ACL he suffered in practice. McKinnon was a major addition in San Francisco this offseason, as he signed a four-year, $30 million deal, making this a serious blow for the 49ers. In his place, Matt Breida and Alfred Morris will be San Francisco’s primary running backs.

Steelers running back Le’Veon Bell was supposed to end his holdout on Wednesday, but when that didn’t happen, some of his teammates started to turn on him. It now seems unlikely that he’ll play on Sunday against the Browns and it’s unclear when he’ll show up this season. For the moment, James Conner will step in as Pittsburgh’s starting running back.

“I just felt confident that he was gonna come,” said center Maurkice Pouncey. ”But now that he didn’t, obviously it’s Le’Veon over the Steelers, and we’re the Steelers and we’re going to play as the Steelers.”

One player who decided to end his holdout was Seahawks safety Earl Thomas, who returned to his team on Wednesday. Thomas maintains that he’s unhappy with his contract situation but that he doesn’t want to let his teammates and fans down. There were rumors of the Seahawks possibly trading Thomas to the Cowboys, but such a deal never materialized. His return is obviously a huge boost for the Seahawks, although Pete Carroll is yet to confirm that Thomas will play Week 1 after missing the entire preseason.

The Los Angeles Chargers made it clear in the spring that tight end AntonioGates would not be back with the team this season. But that’s why pencils have erasers, at least back when people used pencils. The Chargers signed Gates earlier this week with tight end Hunter Henry on the PUP list while still rehabbing his ACL injury. Since he wasn’t with the team during the preseason, the Chargers will look to bring Gates along slowly. However, there’s a chance he’ll play on Sunday.