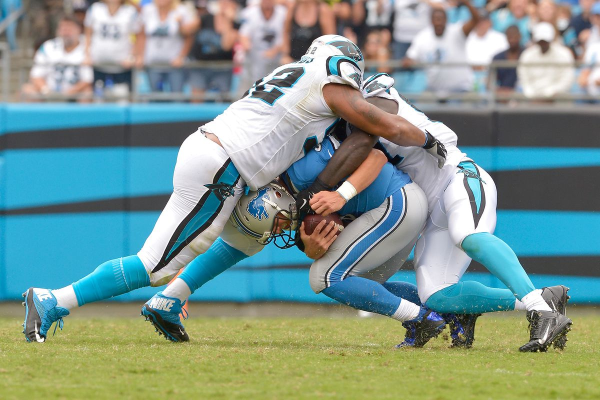 Both the Carolina Panthers andthe Pittsburgh Steelers have one thing on their mind coming into this season…hoisting the LombardiTrophy. As playoff teams last season, both have high expectations and think they have the rosters to make it happen this year. For the Panthers, who finished the regular season last year 11-6, they were a first round exit last year after being knocked out by the New Orleans Saints.

Pittsburgh, who finished the season 13-4, had their season ended at the hands of the Jacksonville Jaguars. Now, both look for redemption as they enter this season, but first the two will play each other Thursday night in the fourth week of the preseason. The Panthers (3-0 this preseason) will travel to Heinz Field to take on the Steelers (2-1 in the preseason). First kick is scheduled for 7:30 pm ET.

Week four is always a bit of underwhelming as most starters will likely never see the field. With the goal being to keep the stars healthy, the best way to ensure that is to have them sit on the sideline. Still, that doesn’t mean that the last preseason game doesn’t have importance. With teams looking to solidify their starting 53 man rosters, most teams have a handful of bubble players who could make or break their spots based off of week four.

The spread comes in with the Pittsburgh Steelers as a slight favorite at -2.5 points. This is likely due to the home start. The over/under on total points scored comes in at 36 points.

The Panthers have turned to a new offensive coordinator this year to try to get the offense rolling again. Norv Turner, who was most recently the offensive coordinator for the Vikings from 2014-2016, will take over an offense led by Cam Newton. Early results have looked positive as the Panthers are 3-0 and have averaged close to 27 points per game. Still, the Panthers will be looking to Cam Newton, Devin Funchess, Torrey Smith, Greg Olsen and Christian McCaffrey to pave the way for the offense to succeed.

Speaking of McCaffrey, he looks like he could really be in for a big season. Head coach Ron Rivera has said that he wants McCaffrey to increase his rushing attempts and through the first three preseason games, he is holding to his word. In the first two preseason games, McCaffrey got most all of the running back touches with the first team and last week, in a 25-14 win over the Patriots, he had 12 carries for 48 yards as well as two catches for 16. Once again, it is likely he doesn’t see the field on Thursday, but if he does, he can be electric.

The Steelers are hoping to take advantage of the Big 3 this year and make a deep push in the playoffs. Well, that is at least a Big 2 as of right now. Star running back Le’VeonBell is still a no-show after the two sides have been unable to reach a long-term deal.

He has a franchise tag waiting to be signed but has still not reported. Many anticipate that he will be in the black and gold week one, but it is far from a certainty. What is certain is that backup running back JamesConner has played pretty well this preseason.

While last week was kind of a dud on the ground (10 carries for 18 yards), he did have an exceptional day in the passing game (6 catches for 52 yards). While he is no Le’VeonBell, Conner can likely handle the role admirably until Bell’s return.

Aside from Bell, you have to look at Ben Rothlisberger and Antonio Brown when you think of the offense. Last year, Rothlisberger went for 4,251 yards and 28 touchdowns while AntonioBrown had a remarkable 1,533 yards receiving on 101 receptions. He also added 9 touchdowns.

Sometimes just flipping a coin can be the best method to pick a winner of a game usually decided by several players who are fighting for a job, and may very well be without one in a week. Still, there is something to like about the CarolinaPanthers this preseason. They are really clicking with the new offensive scheme under Norv Turner and their defense has looked nearly as intimidating as previous years. Again, a lot will depend on who plays and, more importantly, who doesn’t play, but I like the Panthers in this one. Take them and the 2.5 points.