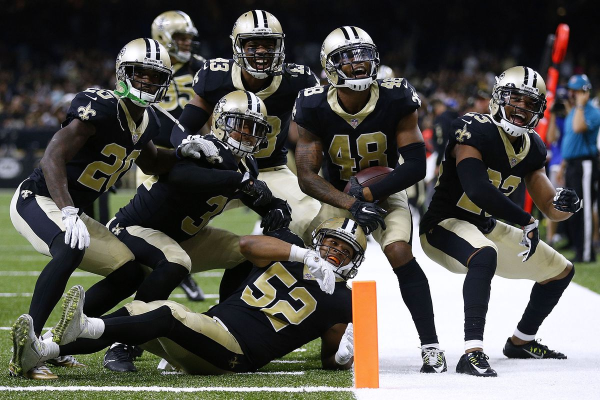 Of all of the preseason weeks, week 3 is the one that feels most like the regular season. Teams are generally more apt to play their starters deeper in the game, with some starters likely to go into the third quarter, and they are also likely to play starters who have sat to this point. This will likely be the case Saturday night as the New Orleans Saints (1-1 in the preseason) travel to StubHub Center to take on the Los Angeles Chargers (1-1 in the preseason). Not only will starters likely work a little deeper in the game but DrewBrees will also see his first work under center for the Saints. As an aging veteran, Brees does not need the extended game reps to be ready for the season opener, but one game doesn’t hurt to shake off any rust. Kickoff is scheduled for 8:00 pm ET.

The spread comes in with the Los Angeles Chargers as a slight favorite at -2.5 points. This is likely due to the home start. The over/under on total points scored comes in at 43.5 points.

It was likely a long offseason for the New Orleans Saints.After being one tackle away from moving onto the NFC Championship game last year, the Saints come back hungry again this year. Their success starts with Drew Brees. The 39-year-old is coming off another strong year. Last year, he had a 72% completion percentage (386 for 536) with 4,334 yards and 23 touchdowns. He only had 8 interceptions over that time. While the defense has improved over the last several years, the success still often remains with the proficiency of the offense.

Chargers Look To Make It Back To Playoffs

Philip Rivers has always been a really good quarterback, but he never seems to have the team around him to make deep runs in the playoffs. At 9-7 last year, they just missed out on the playoffs after finishing behind the Chiefs (10-6) in the AFC West. Now, Rivers is looking to make it back to the playoffs. Last year, Rivers had a 62.6% completion percentage (360 for 575) and threw for 4,515 yards. He had 28 touchdowns and 10 interceptions during the season. As always, he will look to Keenan Allen as his number one receiver. Allen went for 1,393 yards receiving and 6 touchdowns last year.

Unfortunately for the Chargers, one player they won’t have this season is tight end Hunter Henry. Henry suffered a season-ending injury as he tore his ACL during a practice. As of right now, Virgil Green is the new number one tight end on the depth chart but it will be interesting to see if the Chargers make a move there.

Another player the offense will rely on is Melvin Gordon. Last year, Gordon went for 1,105 yards on 284 attempts and had 8 touchdowns on the ground. He also added 476 yards on 58 receptions and 4 touchdowns through the air.

As long as Drew Brees is the quarterback, the Saints are always going to be serious contenders not only in their division, but for a championship as well. In the first preseason game of the year for Brees, he is going to have the opportunity to show why. I am not sure how many series Brees will play, but I think he is going to set the tone for the Saints. Throw in the fact that when Brees is done, the backup (Tom Savage) is more than capable of having success. It will also be interesting to see which Chargers’ offense shows up Saturday. The one that only had one turnover last week or the one that had four in week one. Regardless, I like the Saints in this one, especially when they are getting 2.5 points. Take the Saints.