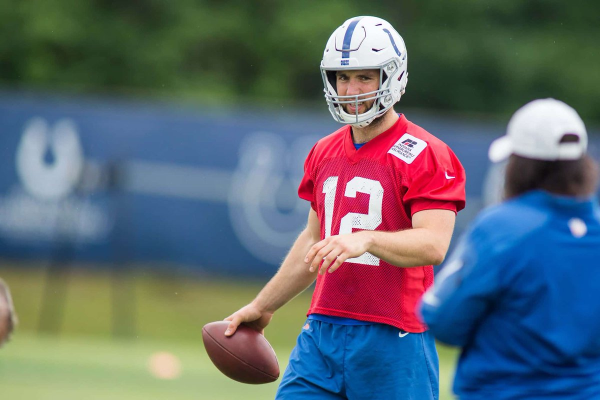 It might only be the preseason, but three exciting words are still in the air…football is back!  With the Hall of Fame game in our rear view mirror, we now look to the first week of preseason. On Thursday night, the Indianapolis Colts will travel to Century Link Field to take on the Seattle Seahawks.  Last year, under former coach ChuckPagano, the Colts went 4-12, With a new coach and their quarterback under center, Colts fans are optimistic for a better season. For the Seahawks, they finished last season 9-7.  While Pete Carroll still remains as head coach, there is plenty of change that the Seahawks will have to get accustomed to. Kickoff for the preseason game is scheduled for 10:00 p.m. ET.

The Seahawks are slight favorites in this game as spread comes in at the Seahawks -2.  The over/under for total points scored is set at 34.5.

It has been quite an offseason for the Indianapolis Colts.  After letting go of former coach, Chuck Pagano, they thought that they had a deal for a new coach in Josh McDaniels.  After McDaniels spurned the Colts at the last second to remain with the Patriots, GM Chris Ballard turned to Frank Reich to take over at the helm.  This might be a blessing in disguise as he has already clicked with quarterback Andrew Luck and many are upbeat about what the Colts are trying to institute.

Speaking of AndrewLuck, he is finally about to get in a game.  After almost two years on the shelf, Luck is finally returning to a game after close to two years off the field.  Luck, who at times questioned his future in the NFL after a slow recovery from Labrum surgery, has shown glimpses of the quarterback that was taking the league by storm just a handful of years ago.  He will be rusty on Thursday, but just the fact that he will be on the field is a huge boost of morale for both him and the Colts organization.

With new coaching comes a lot of change on the field as well.  The Colts are incorporating some new schemes this year under Frank Reich. They are switching to a 4-3, Tampa-2 style defense.  As a result, they are looking to try to institute a quicker and more athletic defense. There is also a lot of turnover in the personnel that will be on the field, as there could be as many as 12 new starters on the field for the Colts.  One area that there may be change is in the running back situation. RobertTurbin will be suspended the first four games of the regular season which means they have some evaluations of young guys to do during these games. Marlon Mack, Nyheim Hines and Jordan Wilkins will all have looks throughout these games, with each looking to leave their stamp on the offense.

There is no RichardSherman anymore.  There is no Kam Chancellor. There is no Cliff Avril, Jimmy Graham, Luke Willson or Thomas Rawls.  Heck, even All-Pro safety Earl Thomas is missing as he is holding out for either a contract extension or trade.  With all of this turnover comes opportunities for others. One player I am excited to see get an opportunity is Shaquem Griffin.  The rookie linebacker, a fifth round selection, is unique in that his left hand was amputated when he was a child. His twin, Shaquill, also plays for the Seahawks and I am sure they are both excited at the opportunity to play on the field together.  Don’t be mistaken, though, Shaquem can play and he will be looking to earn a spot on the roster starting Thursday.

Offensively, RussellWilson will be without his main target from last year in Doug Baldwin (8 TD’s, 991 yards receiving).  Baldwin, who has been shut down with a sore knee, is likely out for much, if not all, of the preseason. As a seasoned veteran, though, the Seahawks are not too worried about him being ready for week one.

Preseason is pretty hard to predict because of the uncertainty of personnel decisions throughout the game.  Despite that, I like the Colts in this one. All of the changes this offseason have the team amped up and several players are looking to make their mark on the team.  With Andrew Luck and Jacoby Brissett likely having the whole first half, I look for them to come out fast in this one. Take the Colts and the 2 points.

Tonight’s NBA betting schedule is lacking in overly compelling matchups, but tonight’s action will also be taking place with a few notable names missing. Booker, Morant, and Lillard Sidelined Tonight and Beyond Booker Out Versus Pistons Due to Hamstring Injury The Phoenix Suns lost Devin Booker (hamstring) on Tuesday against Golden State but closed out END_OF_DOCUMENT_TOKEN_TO_BE_REPLACED