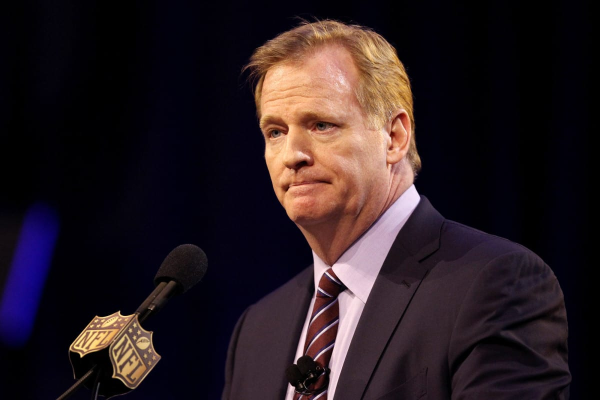 With June upon us, we are officially less than two months away from the first NFL preseason game of the year. The season will be here before you know it, so let’s catch up on everything that’s happened over the past week as the offseason rolls on.

For good or bad, when NFL commissioner Roger Goodell speaks, people tend to listen. Goodell sounded off this week on the league’s preseason schedule, maintaining his stance that four preseason games are too many. Perhaps not coincidentally, his words come at a time when there are preliminary talks going on between the players association and the league about the next collective bargaining agreement. Of course, the players have been hesitant to shorten the preseason and make the regular season 18 games out of safety concerns, not to mention wanting extra compensation for playing two additional games.

The Broncos gave cornerback Chris Harris a raise last week, restructuring his deal to pay him $12.05 million rather than $8.9 million. Harris was hoping for a long-term deal, but this should keep him satisfied after he told the team he wanted to be traded if he didn’t get a new deal and a raise. Harris is easily one of the top cornerbacks in the league and a holdover from the outstanding Denver defense that led the Broncos to victory in Super Bowl 50, so he was certainly deserving of the raise.

After being released by the Tampa Bay Buccaneers last month, Gerald McCoy has found a new home with the Carolina Panthers. McCoy will get a $4 million signing bonus on his one-year deal that could be worth as much as $10.25 million. The Ravens and Browns also made a strong push for McCoy, who ultimately decided to stay in the NFC South and play the Bucs twice next season. McCoy will play along alongside Dontari Poe and Kawann Short as the Panthers switch from a 4-3 to a 3-4 scheme.

During a conference call with season-ticket holders last week, Ravens owner Steve Bisciotti said he expects quarterback Lamar Jackson to run less and throw more next season. Obviously, it’s an unusual thing for someone who’s not involved in play calling to promise. However, everyone in the organization is clearly expecting Jackson to become more comfortable in his second season and not be as reliant on his legs. To their credit, the Ravens have made an effort to add skill players (both running backs and receivers) around Jackson to help him as much as possible and take some of the pressure off.

The Oakland Raiders signed offensive lineman Richie Incognito to a one-year deal last week. Incognito is infamous for his connection to the bullying scandal with the Dolphins. However, he’s had more recent legal issues, pleading guilty in April to misdemeanor charges of disorderly conduct and criminal damage after ripping out a security system control box and punching a hole in the wall during an argument with his 90-year-old grandmother last August. Incognito did not play in 2018 after saying he was retiring, but he’s decided to return to football in 2019. He has a chance to be one of Oakland’s starting guards this season.

Terrelle Pryor keeps hanging around the NFL, agreeing to a one-year deal with the Jacksonville Jaguars this week. Pryor had 14 catches, including two touchdowns, while appearing in six games with the Jets last season. However, he’s never come close to matching his 77 catches for 1,007 yards with the Browns in 2016. Nevertheless, he’ll be one of the most experienced receivers on Jacksonville’s roster, as the Jags will rely on youngsters Dede Westbrook, Keelan Cole, and DJ Chark while Marqise Lee returns from a knee injury that caused him to miss all of 2018. That could open the door for Pryor to become a key part of the rotation.

Injuries are always going to be a part of football, and this week that extended to coaches. New Packers head coach Matt LaFleur suffered a torn Achilles. He was reportedly playing basketball at the team’s headquarters. LaFleur has quickly gained a reputation during offseason workouts for being a hands-on head coach. Obviously, he could be somewhat limited at practice for the foreseeable future as he recovers from the surgery to repair the torn Achilles tendon.