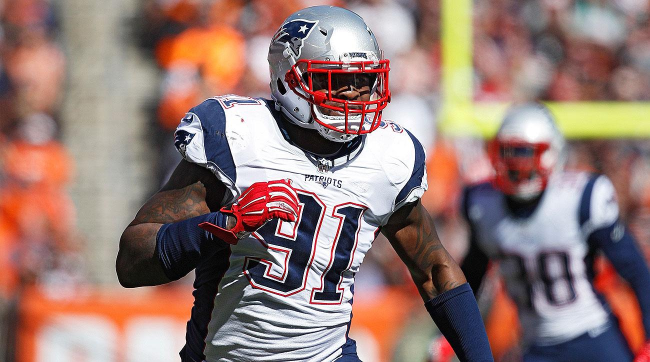 With May starting to wind to a close and the weather starting to warm up, you can almost see NFL training camp starting to appear on the horizon. While we wait for actual action, there’s plenty of news going on away from the field, so let’s recap everything you need to know about the past week.

The New York Jets rocked the boat this past week by firing GM Mike Maccagnan. Vice President of player personnel Brian Heimerdinger was also fired. It’s certainly an odd time for some a major shakeup in the front office. However, recent reports indicate there was friction between Maccagnan and new head coach Adam Gase over personnel decisions. One source indicated the rift may have started after the team spent $52.5 million, including $35 million guaranteed, to sign Le’Veon Bell. Gase was named the team’s interim GM and almost immediately traded linebacker Darron Lee to the Chiefs for a 6th-round pick in next year’s draft, a move that was somewhat expected after the Jets signed C.J. Mosley in free agency.

Aside from the Jets, the Baltimore Ravens may have been the busiest team this past week. The Ravens signed linebackers Shane Ray and Pernell McPhee and wide receiver Michael Floyd this past week. For McPhee, it’s a homecoming, as he spent the first four seasons of his career in Baltimore after being drafted by the Ravens in 2011. Both he and Ray will help a defense that lost both Za’Darius Smith and Terrell Suggs in free agency after combining for 15.5 sacks last year. Floyd, meanwhile, is trying to turn things around after little productivity the past two seasons.

The Arizona Cardinals will be without cornerback Patrick Peterson for the first six games of the 2019 season. Peterson has been suspended for violating the NFL’s performance-enhancing drug policy. The league has not disclosed the circumstance around Peterson’s failed test. However, the suspension will end a streak of 128 consecutive starts for Peterson since he entered the league with Arizona in 2011. The Cardinals have been aware of Peterson’s upcoming suspension, which may explain why he was absent from the team’s recent camp and why the Cardinals drafted Byron Murphy with the 33rd overall pick in the draft.

Linebacker Jamie Collins is coming back to the team that drafted him, the New England Patriots. The Patriots, in a surprising move, traded Collins to the Browns in the middle of the 2016 season. However, Collins was back on the open market after being released by Cleveland in March. However, with the Patriots in good shape at linebacker, Collins will have to fight for playing time and may not even be guaranteed a spot on the 53-man roster.

Go Your Own Way

The Tampa Bay Buccaneers have agreed to “mutually” part ways with longtime defensive end Gerald McCoy. The team has been unsuccessful in their attempts to trade McCoy, who had three years left on his deal but whose 2019 salary of $13 million wasn’t guaranteed. The Bucs are in desperate need of cap space and don’t feel McCoy is the same player he was a few years ago, prompting the move.

In a small example of what some might call karma, Washington linebacker Reuben Foster suffered a season-ending ACL tear in his left knee during offseason workouts Monday. Washington picked up Foster after the 49ers released him last fall following a domestic violence arrest. It was Foster’s second domestic violence charge with the same woman. He was also suspended for two weeks last season because of weapons and drug offenses.

The Houston Texans have released tight end Ryan Griffin following his arrest in Nashville last month for public intoxication and vandalism. Griffin has spent all six of his NFL seasons with the Texans, although the team added multiple tight ends this offseason. He has a court date later this month in relation to his arrest.

Defensive end Chris Long is calling it a day, announcing his retirement from the NFL after 11 seasons. Long and his father Howie have the most sacks of any father-son tandem in NFL history with 154. He was the second overall pick in the 2008 draft, spending his first eight seasons with the Rams. He then landed with the Patriots in 2016, winning a Super Bowl before going to Philadelphia the following season and winning a Super Bowl in his first season with the Eagles. Despite his impressive track record, Long would have struggled for playing time this season as a reserve on Philadelphia’s defensive line, something that helped push him toward retirement.