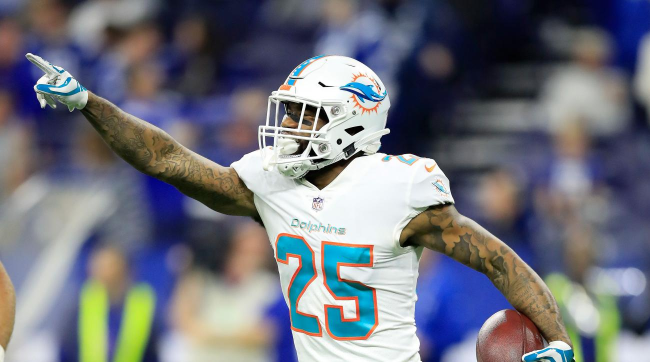 By now, the NFL Draft is far in the rear view mirror. However, that has helped kick off a new wave of free agency, as teams scramble to fill the needs they didn’t in the draft. Let’s get caught up on all the latest signings and news from the past week.

Xavien Howard became the NFL’s highest-paid cornerback this week, agreeing to a five-year, $76.5 million extension with the Miami Dolphins. Howard is coming off a Pro Bowl season after tying for the NFL lead with seven interceptions despite playing in just 12 games. He’ll make $51 million of the $76.5 million over the first three years of the contract while being expected to anchor the Miami secondary.

Russell Wilson may be staying in Seattle long-term, but he’s set to be one of the only holdovers from the team’s Super Bowl win moving forward. The Seahawks announced last week that they have terminated the contracts of safety Kam Chancellor and Doug Baldwin after both failed physicals. To their credit, the team released a statement in which GM John Schneider called them “two of the most iconic players in franchise history.” Baldwin has since indicated that he will retire. It’s uncertain whether Chancellor will follow suit after spending all of 2018 on the PUP list.

Getting Ziggy With It

The Seahawks are using some of the money saved from releasing Chancellor and Baldwin and using it to improve their defensive line. The team signed defensive end Ziggy Ansah to a one-year deal worth $5.5 million plus incentives. Ansah will help replace Frank Clark, who was traded to the Chiefs right before the draft. However, it’s possible he could miss the early part of the season due to a shoulder injury that limited him to just seven games in 2018. The Seahawks also signed veteran defensive tackle Al Woods. After spending the last two seasons with the Colts, Woods could step in as Seattle’s starting nose tackle this season.

Sitting This One Out

Jaguars linebacker Telvin Smith announced last week that he will be sitting out the 2019 season, writing on Instagram that he “must give this time back to myself, my family & my health.” Oddly enough, he didn’t tell the Jaguars before making his announcement. The team will likely list him on the “did not report” list, minimizing how much he’ll count against the salary cap. Smith is under contract with Jacksonville through the 2021 season and hasn’t ruled out a return to the field in 2020.

The Buccaneers will spend a second straight season without linebacker Kendell Beckwith due to an ankle injury he suffered in an April 2018 car accident. Beckwith excelled as a rookie in 2017 but his career may be in jeopardy due to the broken ankle suffered in the crash. Meanwhile, Tampa Bay is unsure if they’ll have Jason Pierre-Paul this season after he hurt his neck in a car accident earlier this month. JPP has decided not to undergo surgery, at least for right now. Doctors will re-evaluate him in four months, which means he’ll miss the first chunk of the season, possibly the entire year. In his first season with the Bucs last year, JPP led the team with 12.5 sacks.

It doesn’t look like Rob Gronkowski is coming out of retirement, but Ben Watson will put off his for at least one more year so he can spend another season in New England. The 38-year-old has signed a one-year deal to return to the Patriots, the team who drafted him in 2004. After six years in New England, Watson has played for the Browns, Saints, and Ravens. He will likely end his career where it began, providing the Patriots with a much-needed veteran presence at tight end.

Gotta Have Another Quarterback

There was plenty of news in the world of backup quarterbacks this week. First, the Eagles signed former Jaguars and Browns quarterback Cody Kessler. The former USC quarterback started four games for the Jags last season. He’ll compete with Nate Sudfeld and 5th-round pick Clayton Thorson for the backup job behind Carson Wentz.

Meanwhile, the Seahawks made another move by signing Geno Smith. He attempted just four passes last year as the backup to Philip Rivers, but Smith will get a chance to compete with Paxton Lynch for the right to back up Russell Wilson.

Finally, E.J. Manuel announced his retirement on Monday. He was not on a roster last season after being released by the Raiders in September. Manuel signed with Kansas City in February but didn’t appear to have a good chance to make the roster.