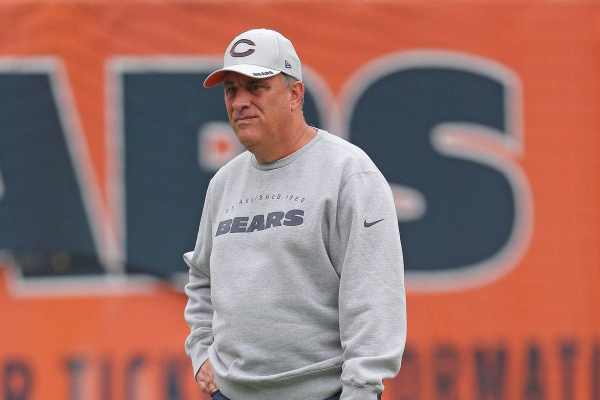 After a crazy wild-card weekend, all of the home teams held serve in the divisional round, setting up two epic showdowns during Championship Sunday this weekend. While we wait in anticipation, let’s check out the headlines from the rest of the NFL, including all of the coaching hires.

The biggest surprise of the coaching carousel was the Arizona Cardinals hiring Kliff Kingsbury. The 39-year old was recently fired by Texas Tech after going 35-40 in six seasons. Obviously, it’s a big step up from losing in the Big 12 to competing in the NFL. However, the Cardinals view him as a bright and innovator offensive mind in the mold of Sean McVay, so they’re giving him a chance.

Just one year after retiring as coach of the Cardinals, Bruce Arians has been hired as the new head coach of the Buccaneers. Arians is one of the most respected coaches in the game. Arizona won 10 or more games in three of his five seasons despite a couple of rough seasons in 2016 and 2017. The Bucs are giving Jameis Winston one more year to prove himself, and now it’s up to Arians to turn him into a quarterback who can take Tampa Bay to the playoffs.

Despite the great job Gregg Williams did as interim head coach of the Browns the second half of the season, Cleveland opted instead to make Freddie Kitchens their new head coach. Kitchens started 2018 as the team’s running back coach but was promoted to offensive coordinator after Todd Haley was fired along with Hue Jackson. Kitchens will now take the reins as a first-time head coach.

After firing Vance Joseph, the Broncos have made Vic Fangio their new head coach. At age 60, Fangio is finally getting his first chance to be a head coach. He’s spent the last eight seasons as a defensive coordinator, four seasons with the 49ers and the last four with the Bears. Of course, Denver’s problems are largely on the offensive side of the ball, giving him a new kind of challenge as a head coach.

Not long after being fired by the Dolphins, Adam Gase landed on his feet in the same division as the new head coach of the New York Jets. Gase was 23-25 in his three seasons in Miami. However, he did take the Dolphins to the playoffs in 2016. He was also without quarterback Ryan Tannehill for most of the past two seasons. Gase will now get a chance to work with one of the most promising young quarterbacks in Sam Darnold.

As it stands, the Dolphins and Bengals are yet to fill their head coaching vacancies. However, both teams have their target in their sites. New England linebackers coach Brian Flores is Miami’s preferred choice while the Bengals are expected to name Rams quarterback coach Zac Taylor as their new coach once the season is over for their current teams.

Put My Name In

After a season of speculation, Heisman winner Kyler Murray has decided to put his name into the NFL Draft. The Oakland A’s made a hard push over the weekend to keep Murray 100% committed to baseball, but Murray is going to keep his options open on the football front. Murray could still choose baseball over football, but staying in the draft could end up being more lucrative. He’s expected to be one of the first quarterbacks selected, potentially guaranteeing him a contract worth more than the $4.66 million signing bonus he got from the A’s last summer after being selected 9th overall in the MLB Draft.

With each passing day, it seems more and more likely that Antonio Brown has played his last game with the Steelers. Brown has unfollowed the team on social media and removed the part of his bio that says he plays for the Steelers. Meanwhile, Steelers owner Art Rooney II has admitted it’s “hard to envision” Brown in Pittsburgh next season. Rooney adds that Brown won’t be released. However, “all other options are on the table.” There are also reports that Brown has stated privately that San Francisco is his preferred destination. As always, only time will tell.