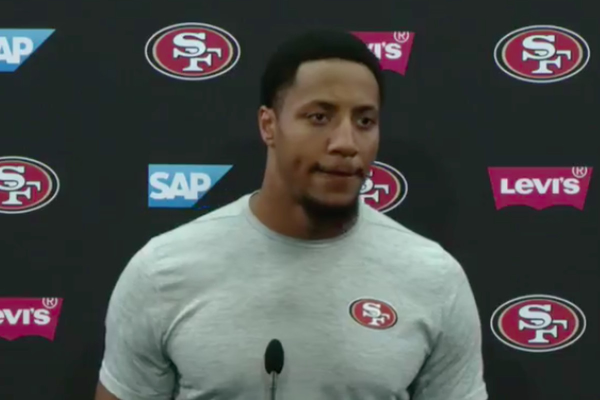 Here are some of the key notes in the National Football League is Week 4 is underway:

Technically, Week 4 of the NFL season is already underway after last night’s game between the Rams and Vikings. Nevertheless, let’s get you caught up on all the important stories from the past week you should know about heading into Sunday’s action.

Missing Thursday’s game for the Vikings was Everson Griffen, who is away from the team amidst concerns for his greater health, including his mental stability. Griffen has been away from the team since before the team’s loss to the Bills last week because he’s been “screaming and yelling” at the team facility. There have also been multiple incidents that raised a red flag, including going to the home of teammate Trae Waynes and attempting to break in. He has since been hospitalized for his own safety.

On Thursday, Griffen released a statement apologizing to “everyone who was impacted” by his recent actions. He says that he’s working to resolve his issues and is hoping to share his story once he’s able to work through those issues. Griffen ended the statement by saying that there is no timeline for his return to the field. However, he pledges to “return as a much-improved person and player.”

The 49ers had a bad feeling when Jimmy Garoppolo went down in the 4th quarter of Sunday’s loss to the Chiefs, and those fears were confirmed on Monday when Garoppolo was diagnosed with a torn ACL. The injury will keep Garoppolo out for the rest of the season in what was supposed to be his first full season as a starter. With A.J. Beathard set to replace him, San Francisco’s playoff hopes have taken a serious hit. However, even with a healthy Garoppolo, the 49ers would have struggled to stay in the playoff hunt all season.

As expected, the Browns and Cardinals have new starting quarterbacks this week. The Browns named Baker Mayfield the starter after he came off the bench to help them to a win last Thursday against the Jets. There is incredible excitement in Cleveland surrounding Mayfield, who will make his first career start on the road against the winless Raiders.

The Cardinals, meanwhile, will give JoshRosen his first career start after he replaced Sam Bradford late in last week’s loss against the Bears. There’s a little less optimism surrounding Rosen, who had an uneven preseason and reportedly struggled throughout training camp. Of course, it’s clear that the Cardinals aren’t going anywhere this year, and Bradford wasn’t going to change that, so they might as well give Rosen some first-hand experience.

Speaking of quarterback changes, it remains unclear if there will be one in Tampa Bay this week or not. Jameis Winston’s suspension is over, but there’s no guarantee if he’ll replace Ryan Fitzpatrick right away. Fitzpatrick has thrown for over 400 yards in each of the first three games of the season while leading the Buccaneers to a 2-1 record.

Tampa head coach Dirk Koetter has already made up his mind between Winston and Fitzpatrick, but he won’t go public with the decision until Sunday. Of course, despite Fitzpatrick throwing three interceptions in last week’s loss to the Steelers, it would be surprising to see him benched in favor of Winston.

No, it’s not Colin Kaepernick, but safety Eric Reid, who joined Kaepernick in his protest in 2016, has been signed by the Carolina Panthers. With Da’Norris Searcy placed on IR, the Panthers have decided to give Reid a chance. Many viewed him as one of the best safeties on the free agent market last offseason, but Reid went unsigned, perhaps because he joined Kaepernick in kneeling during the national anthem. In May, the NFLPA filed a grievance on behalf of Reid alleging collusion by teams to not sign Reid because of his role in the 2016 protests.

Looking for a Fresh Start

On Thursday, the Tennessee Titans parted ways with wide receiver Rishard Matthews. On Monday, Matthews asked the team to either trade or release him. After the Titans couldn’t find a trade partner, they obliged his wishes and released Matthews. In the first three games of the season, Matthews has just three catches for 11 yards, leaving him wanting more. The Titans will now look to their younger receivers like Corey Davis, Taywan Taylor, and Tajae Sharpe to take on more prominent roles in the passing game.