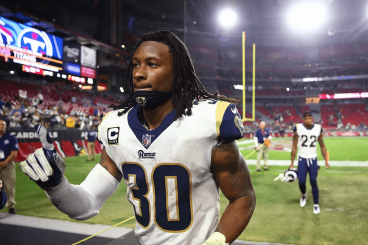 Just because it’s the end of February doesn’t mean that aren’t plenty of interesting things going on in the NFL. Let’s catch up on some of the important stories you may have missed over the past week.

Unless you’ve been under a rock this past week, you surely didn’t miss Patriots owner Robert Kraft being charged with soliciting a prostitute. The charges were part of a sting operation into human trafficking at a day spa in Jupiter, Florida that Kraft has visited. Kraft has denied any illegal activities and is apparently not the biggest name to be connected to the day spa. For what it’s worth, the investigation into the day spa is far bigger than Kraft, who will likely avoid jail time or any serious legal punishment. However, the NFL is monitoring the situation, which means Kraft could be punished by the league under the Personal Conduct Policy.

In your weekly Antonio Brown update, those within the Steelers organization say they would prefer to trade him to an NFC team. The Patriots and other teams in the AFC North, in particular, are teams the Steelers don’t want to give Brown. However, Pittsburgh GM Kevin Colbert did acknowledge that the compensation teams are offering would play a role deciding to trade the disgruntled wide receiver. The Steelers have publicly claimed that at least three teams have already reached out with interest in Brown. However, it’s tough to know if that’s accurate or just posturing by Pittsburgh. In any event, it seems unlikely a trade will get done any time soon.

Steal from the Poor, Give to the Rich

Obviously, we’re not into the heat of NFL free agency just yet, but a few teams have gone out and made some early signings. Here are a few notable players who reached deals this past week:

After being released by the Bills, Charles Clay quickly caught on with the Cardinals on a one-year deal worth a base salary of $3.25 million. Clay had a rough 2018 season, but he’s a good bounce-back candidate in Kliff Kingsbury’s offense.

The Falcons have already let some players go this offseason, but they are bringing back cornerback Blidi Wreh-Wilson, giving him a one-year extension. He’ll provide Atlanta with some much-needed depth and versatility as they rebuild their secondary.

The Chiefs made a slew of minor signings this week. Quarterback E.J. Manuel is notable after not having a job in 2018, although he faces an uphill battle toward saying with Kansas City. Kansas City also added defensive back Dontae Johnson and wide receivers Sammie Coates and Davon Grayson.

Just like teams are trying to add players for next season, they are also trying to save money and make room for other players. Here are some of the notable players who were shown pink slips this week:

After just one season in Baltimore, the Ravens have released wide receiver Michael Crabtree. He was set to make $7.5 million next season in the second of a three-year deal. Crabtree had just 13 catches after Lamar Jackson took over as the starting quarterback. John Brown is also expected to leave in free agency, meaning the Ravens will re-tool their wide receiver corps for their young quarterback.

The Panthers parted ways with both Captain Munnerlyn and Mike Adams on Monday. Munnerlyn was released while Adams was told he wouldn’t be re-signed. Carolina has also said they won’t re-sign linebacker Thomas Davis this offseason, giving the Panthers a different look on defense next season.

Who Are You Trying to Convince?

One story from the Super Bowl that doesn’t seem to be going away is whether or not Rams running back Todd Gurley was healthy during the team’s playoff run. Gurley’s backup C.J. Anderson clarified some earlier comments this week and insisted that Gurley was healthy during the Super Bowl. Anderson said after the Super Bowl that Gurley’s knee injury was worse than initially thought. However, Anderson says that he now meant that Gurley was hurting in Week 16 when the Rams signed Anderson. Now Anderson says that Gurley was fine for the game against the Patriots despite struggling to make a significant impact on the game.Just because it’s the end of February doesn’t mean that aren’t plenty of interesting things going on in the NFL. Let’s catch up on some of the important stories you may have missed over the past week.