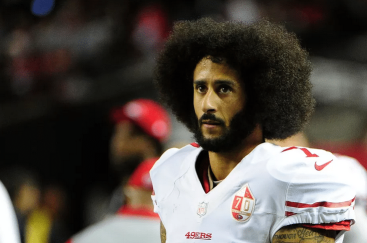 The official start of the new NFL year isn’t until next month. However, there is still a lot going on during the early part of the offseason. Let’s check out all of the headlines from the past week.

The Denver Broncos got this year’s quarterback carousel started last week when they traded for Joe Flacco. The deal won’t be official until March 13, but the Ravens will reportedly receive a 4th round pick for giving up Flacco. Baltimore, of course, is ready to commit to Lamar Jackson as their quarterback of the future. Meanwhile, the Broncos are set to move on from Case Keenum over one season and hope that Flacco can have the same kind of success story that Peyton Manning had late in his career after moving to Denver.

Amidst all the speculation that Antonio Brown won’t be back with the Steelers next season, he officially requested a trade away from Pittsburgh last week. Of course, a formal request doesn’t guarantee that Brown will be traded. The Steelers would have to absorb a lot of dead salary cap money if they traded him. If he’s traded before March 17, that amount would be $21.12 million, and it would be $23.62 million after Brown gets a $2.5 million roster bonus on that date. However, trading him after June 1 would let Pittsburgh spread that cap hit over the next two seasons. In short, the drama is far from over.

Grievances filed by Colin Kaepernick and Eric Reid were settled this past week. The two claimed collusion by the NFL owners in keeping them out of the league after both drew attention for kneeling during the national anthem. Unfortunately, there is a confidentiality agreement in place, and so the terms of the settlement have not been disclosed. Reid, of course, is back in the league and signed an extension with the Panthers earlier this offseason. Meanwhile, Kaepernick says he would still like to play in the NFL and reportedly turned down the chance to play in the AAF after asking for $20 million to play in the new league.

Demaryius Thomas received his walking papers from the Texans. Houston traded for Thomas this past season, although he suffered a torn Achilles in December, which ended his season before the playoffs. With DeAndre Hopkins, Will Fuller, and Keke Coutee in the picture, it’s not a huge surprise to see the Texans move on from Thomas.

The Lions cut several players this past week, most notably longtime safety Glover Quin. The 33-year old has spent the last six seasons with the Lions and been an important part of their defense during that time. He is reportedly contemplating retirement. Wide receiver Bruce Ellington and linebacker Nicholas Grigsby were also cut by the Lions after signing with the team in the middle of last season.

The Bills have released veteran tight end Charles Clay with one year left on his five-year, $38 million deal. Buffalo will save $4.5 million with the move but also lose that much in salary cap money. Clay had just 184 yards receiving last season despite being a consistent and reliable tight end prior to that.

While not technically cut, the Chargers declined the option for next season on defensive tackle Corey Liuget, making him a free agent. The former first-round pick was the longest-tenured member of the Los Angeles defense. The move gets the Chargers out of paying Liuget a $4 million roster bonus in March. However, the team is open to re-signing him once free agency begins in March.

The Cowboys also made Terrance Williams a free agent by declining his $3.5 million option for next season. Williams caught just two passes in 2018, as he was held back by a lingering foot injury and a three-game suspension following an arrest last offseason. Moreover, the Cowboys look set at wide receiver after trading for Amari Cooper, drafting Michael Gallup, and signing Allen Hurns and Deonte Thompson over the past year.

Keeping the Band Together

The Jaguars are expected to make notable changes on the offensive side of the ball, but they appear poised to keep the rest of the team intact. On Monday, Jacksonville picked up the 2019 option on defensive end Calais Campbell, one of the team’s most important defensive players. The Jags also picked up the options on key special teams players Cody David and Lerentee McCray. Last week, the Jaguars gave a contract extension to kicker Josh Lambo after he missed just two field goals and one extra point this past season.