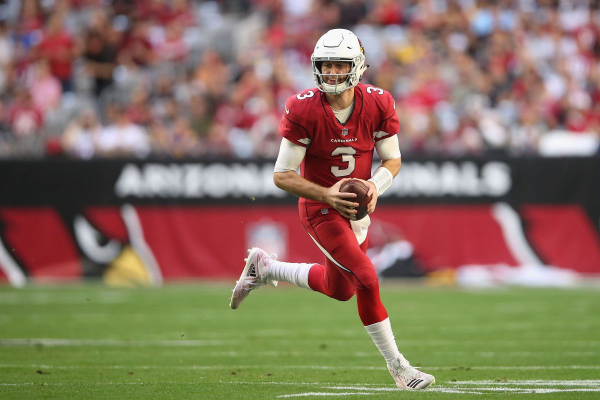 The 2019 NFL Draft is roughly 48 hours away. We’ve entered what is often called the calm before the storm. There hasn’t been a ton of action in the NFL over the past week, but let’s catch up on everything you need to know about what’s happened in recent days and what could happen during the draft.

In a rather unusual pre-draft decision, the Oakland Raiders sent their entire scouting staff home with no plans to bring them back before the draft. According to reports, coach Jon Gruden and new GM Mike Mayock don’t know who to trust among their scouts. It’s not unprecedented for teams to send home their scouts prior to the draft, but most of the time, they are brought back before the draft begins. The move points to significant turnover coming in Oakland’s scouting department, which isn’t a surprise with a new GM. However, it could also be a sign that the Raiders are a bit of a mess heading into the draft, which isn’t a great sign for a team with three picks in the 1st round.

On the Trade Block

Heading into the draft, Seahawks defensive end Frank Clark is someone to watch as being involved in a draft-day trade. Clark has not yet signed his franchise tag, making him the subject of trade rumors throughout the offseason. He’s one of the most consistent pass rushers in the game, so it makes sense that he would be a wanted commodity on the trade market. However, the Seahawks are said to be asking for at least a first-round pick in exchange for Clark. Seattle also has a league-low four picks in this year’s draft, so they may be willing to come down on that price if it means adding multiple picks.

Arizona quarterback Josh Rosen is in a unique position heading into the draft, and he appears ready for the waiting to be over. Speaking publicly for the first time this offseason last week, Rosen said it was “annoying” to hear all of the speculation that the Cardinals will part ways with him after one season in favor of drafting Kyler Murray with the first overall pick. To be fair, Rosen seems to be handling the situation with class and professionalism, even though his future remains uncertain.

Meanwhile, there is a growing belief that the Cardinals will indeed take Murray with the first pick, likely leading them to trade Rosen soon after. Of course, there are also reports that teams are calling the Cardinals and asking about trading into the no. 1 overall spot. A little more than two days out, things remain up in the air for Rosen, Murray, and the Cardinals.

In addition to the Cardinals, there seem to be a lot of eyes on the New York Giants leading up to the draft. Most are expecting the Giants to draft a quarterback in the first round, as they own both the no. 6 and no. 17 picks. However, GM Dave Gettleman says he’s going to ignore his team’s needs and simply draft the best player available. “You can’t draft for need. You’ll get screwed every time. You’ll make a mistake,” Gettleman said last week. If he sticks to his word, the Giants may not take a quarterback 6th overall, which many believe they should given Eli Manning’s age, especially since they wouldn’t need to force that young quarterback onto the field right away.

In the Buffalo Backfield

The Buffalo Bills continued their offensive overhaul on Monday by signing running back T.J. Yeldon to a two-year deal. Yeldon had a promising rookie season with the Jaguars but saw his role in Jacksonville diminish in recent years. Nevertheless, he’s still just 25 and will give the Bills a younger look in the backfield compared to LeSean McCoy and Frank Gore. Buffalo has also added the likes of Cole Beasley, John Brown, and a slew of offensive linemen this offseason to help out young quarterback Josh Allen.

Adding to the D

The Atlanta Falcons made a couple of moves to improve their defense this past week. First, they brought back defensive tackle Ra’Shede Hageman, who they originally drafted in 2014 but released in 2017 after he was charged with domestic violence. Hageman will serve as depth on the defensive line, but only after serving a two-game suspension for violating the NFL’s substance abuse policy. Atlanta also signed safety J.J. Wilcox, adding depth to a secondary they have tried to reshape this offseason.