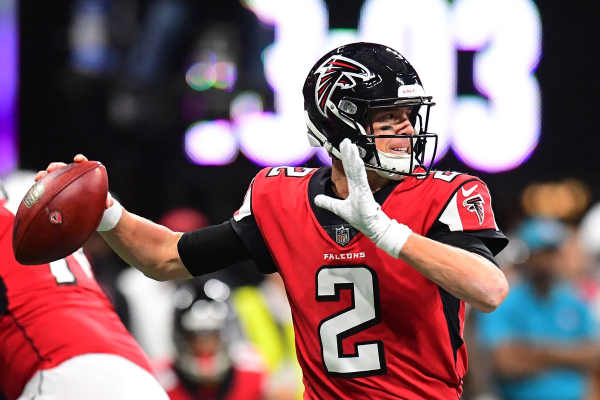 Football is back, even if it is just marking the beginning of the preseason. The Hall of Fame Game, which is played at Tom Benson Hall of Fame Stadium in Canton, Ohio, is the site of the first preseason game Thursday night. This year, it will feature the Denver Broncos taking on the Atlanta Falcons. In a game that will be dominated by backups, it is still nice to see actual football being played, signifying that the regular season isn’t too far away.

For the Denver Broncos, this will be the first opportunity to play under new head coach Vic Fangio. Fangio is a defensive-minded coach who was hired after serving as the Chicago Bears defensive coordinator for the last several years. Last season the Broncos finished 6-10 and will look to improve that record under new quarterback Joe Flacco. It is unlikely Flacco will take many, if any, snaps Thursday, so don’t be surprised to see Drew Lock and Brett Rypien get quite a few reps.

For the Atlanta Falcons, head coach Dan Quinn will be looking for redemption after a disappointing 7-9 record last year. Like Denver, it is unlikely that you will see Atlanta use quarterback Matt Ryan in this one, so it may be up to the likes of Matt Schaub and Kurt Benkert.

The point spread for this one comes in with the Denver Broncos being 2.5-point favorites playing on the neutral field. The over/under on total points scored is set at 34.5 points.

Preseason contests are always such hard games to read because you are relying on the performance of second- and third-string players to outperform the opponents. In the last 10 Hall of Fame games, the favorites have gone 8-2 straight up and 6-3-1 against the spread. Additionally, Atlanta was dreadful last season in the preseason, going 0-4. In fact, under Dan Quinn, Atlanta is 5-11 straight up in the preseason.

At 6-10 last season, the Denver Broncos were atrocious, and management took notice of it. There was a lot of turnover this offseason, starting with the coach. Fangio is now the new coach of the Broncos and hopes to bring a tough-nosed defensive approach to the Broncos unit. It is the first head coaching experience for Fangio, but he is very well respected among his peers, especially for his ability to take a Chicago defense from last in the league to top 10 in just a few years. He still may not have all of the personnel to make a run this year, but it will be interesting to watch him at the helm.

Another change made this year was at quarterback. The Broncos brought in the veteran Flacco to lead the unit this year. Last season with Baltimore, Flacco played in nine games, going 4-5 and completing 61.2 percent of his passes. In total, he threw for 2,465 yards, 12 touchdowns, and six interceptions. Replaced by Lamar Jackson, the Ravens found him expendable, which led to the acquisition by the Broncos.

While Flacco likely won’t play much in this one, rookie quarterback Drew Lock probably will. Even after trading for Flacco earlier in the offseason, the Broncos still traded up to grab Lock in the middle of the second round. Fangio has said that Lock isn’t ready, but it will be fascinating to see what skills he can choose given a decent amount of reps in the opening preseason game.

When you think of the Falcons offense, the first two names that would likely come to mind are Matt Ryan and Julio Jones. These two are the staples of the offense, and both have had remarkable careers. For Ryan, last season, at age 33, he was 7-9 with a .694 completion percentage. He threw for 4,924 yards, 35 touchdowns, and seven interceptions, and there is no reason to think he couldn’t do it again this year. While Ryan will likely be on the sidelines for this one, it is still worth watching Matt Schaub and Kurt Benkert in this one as they fight for the primary backup position.

As mentioned, Jones continues to dominate the NFL. Last season, in 16 games, he had 113 receptions for 1,677 yards and eight touchdowns. He is clearly Ryan’s number one, but while he won’t be playing in this one, it is worth watching some potential depth options at wide receiver. Most notably, it would not be shocking to see names like Christian Blake and Devin Gray get long looks.

Like I previously mentioned, preseason games (especially the Hall of Fame Game) can really be a crapshoot to make a call on. Still, Atlanta’s woes in the preseason have been noticeable in the past. Also, it wouldn’t shock me to see the Broncos come out with a little extra zest given that this is Vic Fangio’s debut as the head guy, even if it just preseason. If you wanted to take the underdog and the points on this one, I wouldn’t blame you, but for my money, I am taking Fangio and the Broncos at -2.5.