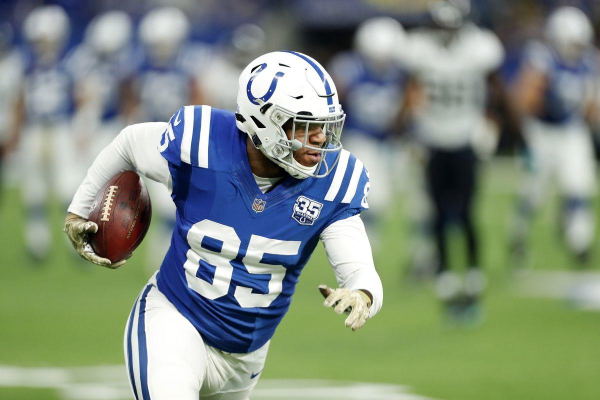 Sunday night football is basically an extra week of playoffs for us this week. In an AFC South divisional matchup, it is the Indianapolis Colts (9-6) traveling to Nissan Stadium to take on the Tennessee Titans (9-6). Win and you are in. It is as simple as that.

For the Colts, they have been clicking at the right time. They have won 8 of their last 9 games and have won 3 in a row heading into Sunday’s contest. 2 of those wins were against the Houston Texans and Dallas Cowboys, so it isn’t like they have been playing week competition, either. For the Titans, they have won 4 in a row, but last week’s win came at a price. Quarterback Marcus Mariota had to leave the game after suffering a stinger. He has practiced this week, but in limited capacity and is considered a game-time decision. If he is unable to go, it will be Blaine Gabbert taking the reigns. Due to the significance of this game, the NFL has flexed it to the evening game with kickoff scheduled for 8:20 pm ET.

The point spread for this one comes in with the Indianapolis Colts as 3-point favorites despite playing on the road. The over/under on total points scored is set at 44 points.

Colts Hoping For Some Good Luck

After a few off years, Andrew Luck is finally looking like the star that broke into the league. On the season, he has 4,308 yards passing with 36 touchdowns versus 14 interceptions. His offensive line has also done a nice job keeping him upright as he has only 17 sacks. His leading receivers this season have been T.Y. Hilton and Eric Ebron. Hilton has 74 catches for 1,209 yards and 6 touchdowns while Ebron has 62 catches for 690 yards and 12 touchdowns.

On the ground, Marlon Mack has certainly broken out this season. He has 170 carries for 789 yards and 8 touchdowns. Not bad, especially knowing that he battled some nagging injuries earlier in the season. The change of pace back is Nyheim Hines, who has 310 yards rushing with 2 touchdowns, but also has 400 yards receiving with an additional 2 touchdowns.

Defensively, the stat leaders for the Colts are Darius Leonard (107 tackles), Denico Autry (9 sacks) and both Kenny Moore and Malik Hooker (2 interceptions apiece).

Especially if Marcus Mariota is unable to go, the Titans will hope that running back Derrick Henry continues to show his late-season surge. Over the last several weeks Henry has been dominant, and on the season, he has 966 yards rushing with 12 touchdowns. As a change of pace, Dion Lewis has 517 yards rushing with a touchdown and another 377 yards receiving with an additional touchdown.

If the Titans are to have a chance two things have to happen. First, their defense has to be amazing. They also have to have Derrick Henry go off. While Henry may have success, I just don’t see them completely containing the Colts’ offense. Stranger things have happened, but for my money I feel a lot more comfortable with the Colts giving up 3 on the road than taking the gamble on a miraculous game from the Titans. I am taking the Colts and, to me, it really isn’t that close.