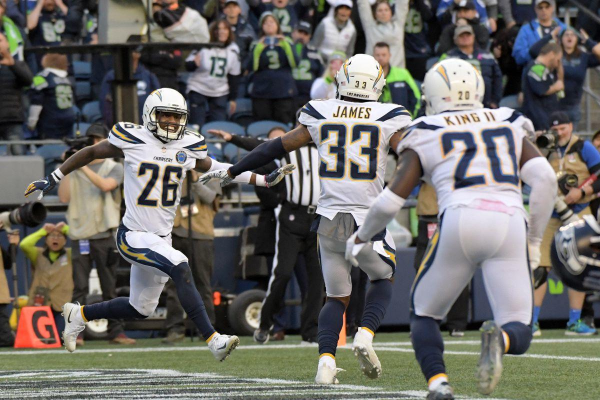 The NFL regular season is down to the final two weeks, and there are still plenty of things to shake out in the playoff picture. The Los Angeles Chargers will host the Baltimore Ravens on Saturday night that will go a long ways toward sorting out the AFC playoff race. Los Angeles is hoping to be the top overall seed in the AFC, while the Ravens still have dreams of winning the AFC North.

The Chargers got off to a 1-2 start to the season, but have rebounded by winning 10 of their previous 11 games. Los Angeles is tied with Kansas City atop the AFC standings with an 11-3 record. Baltimore has also played well of late, winning four of their last five games to improve their record to 8-6. The Ravens trail the Pittsburgh Steelers by just one half game in the AFC North, and still have plenty to play for. Los Angeles is -4.5 over Baltimore in this week 16 battle.

Chargers Solid On Offense and Defense

The Los Angeles Chargers are one of the most complete teams in the NFL, and they continue to prove it each week. The Chargers are averaging 28.2 points per game this season, while giving up just 21.3 points per game. Los Angeles has made huge improvements on the defensive side of the ball, and a big reason for that is safety Derwin James. James is one of the best young defensive stars in the NFL, leading the Chargers with 93 tackles and three interceptions this season. Los Angeles finally has a great defense to go along with their explosive offense.

Future Hall of Fame quarterback Philip Rivers is having another impressive season in leading the Chargers offense. Rivers is throwing for 270 passing yards per game, and is completing close to 70 percent of his passes. Wide receiver Keenan Allen has caught 88 passes this season for 1,074 yards, but Mike Williams has been the big play man this season. Williams is averaging 16.0 yards per reception and has scored nine times. Los Angeles can put up points in a hurry with their explosive passing game.

Baltimore has been getting the job done on offense of late, but they are still looking for balance. The Ravens have been running the ball like crazy, especially with rookie Lamar Jackson leading the offense. Jackson has struggled to throw the ball, completing just 59 percent of his passes, but he has the ability to make plays with his legs. The explosive QB leads the Ravens with 566 rushing yards this season, but has fumbled the ball seven times. Baltimore will look to keep running the ball against LA, but they will eventually have to complete some passes.

The running game has kept the Baltimore defense fresh this season, but they have some studs on that side of the ball. The Ravens are one of the best defensive teams against the pass this season, allowing just 203 passing yards per game. Baltimore will need to be sharp in this department against Rivers and the Chargers passing attack. Veteran Terrell Suggs is one of three Ravens to have seven sacks on the season, and they can get pressure on opposing quarterbacks.

The Ravens technically need this win more than the Chargers, but Los Angeles has their sights set on home-field advantage. Baltimore has been finding success by running the ball of late, but they will need to find some balance on offense against a great Chargers defense. Los Angeles has gone 5-2 at home so far this season, and they will roll to another home victory in this game. Bet the Los Angeles Chargers -4.5 over the Baltimore Ravens.