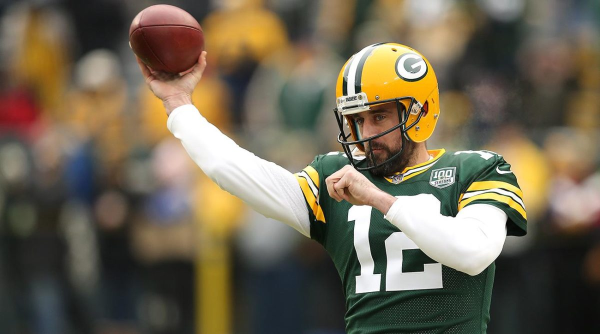 Starting Thursday, NFL games actually count again, and what better way to start it off than renewing one of the best rivalries in football as the Green Bay Packers travel to Soldier Field to take on the Chicago Bears. Last season, Matt Nagy and the Chicago Bears finished the season atop the NFC North with a 12-4 record. The Packers finished third in the division with a disappointing 6-9-1 record. Both of these teams will look to get off on the right foot Thursday. Kickoff for this one is scheduled for 8:20 pm ET.

Not only is this the first game of the regular season for Green Bay, but it is also the first regular-season game with Matt La Fleur as the head coach. La Fleur has gotten off to a bit of a shaky start as it was reported that he occasionally butted heads with Aaron Rodgers in camp. Still, Green Bay is hoping to get the same spark from their young head coach that the Bears got from Matt Nagy last season.

After going from worst to first last year in the NFC North, Chicago is now looked at in the light of a Super Bowl threat. Much of that will be dependent on the success of quarterback Mitchell Trubisky. With a defense made to win now, if the offense can hold its own, this could be a pretty scary team both during the regular season and in the postseason.

The point spread for this one currently sits with the Chicago Bears being three-point favorites playing at home. The over/under on total points scored is set at 46.5.

On the defensive side, it was all Chicago. The Bears ranked atop the NFL in opponents points per game, allowing just 17.6 points (17.3 at home). The Packers were 22nd, allowing 25 points per game (29.4 on the road).

Green Bay Hoping To Bounce Back

Anytime you talk about the Green Bay Packers and their potential success, you have to start with Aaron Rodgers. Although he led them to a win in the opening game against the Bears last year, Chicago still injured the future Hall-of-Famer and the leg injury affected his entire season. Overall, Rodgers threw for 4,442 yards, 25 touchdowns and two interceptions. Rodgers also rushed for 269 yards and two touchdowns on 43 carries.

Speaking of rushing, Aaron Jones looks to stay healthy this season and build on a solid 2018 season. On the year, Jones had 133 rushes for 728 yards and eight touchdowns. Through the air, Rodgers’ favorite target last season was Davante Adams. Last year, the No. 1 wide receiver on the Packers had 11 catches for 1,386 yards and 13 touchdowns.

Bears Hope Offense Can Keep Up With Defense

While the defense is impeccable, the Bears’ offense certainly can still take steps in the right direction, most notably from the quarterback, Mitchell Trubisky. Last season, Trubisky was 289 for 434 for 3,223 yards, 24 touchdowns and 12 interceptions. He also rushed 68 times for 421 yards and three touchdowns. It has always been known that Trubisky has the tools to be successful and is great at scrambling to keep plays alive, but he can still certainly improve on his decision-making and execution.

With Jordan Howard gone, the Bears will turn to Tarik Cohen, Mike Davis and rookie David Montgomery in the backfield. At wide receiver, Trubisky has plenty of threats with Allen Robinson, Taylor Gabriel, Trey Burton and Anthony Miller.

Where the Bears excel the most is on defense. The defense was already solid, but with the addition of Khalil Mack last offseason, it was a game-changer. His presence made Roquan Smith, Akiem Hicks, Danny Trevathan, Kyle Fuller and others better. Last season, Smith led the team with 121 tackles, while Mack led the team with 12.5 sacks, and Fuller led the team with seven interceptions.

Let’s be honest, any time Rodgers is healthy, the Packers have a chance. While Rodgers did not play in the preseason, partially due to a sore back, he is still probably as healthy as he is going to be this season. With that in mind, I know it can be tempting to take the Packers and the points, but I just like the Bears’ defense too much. While the Packers’ offense may put up some points, I think more times than not, the Bears’ defense will put their offense in good positions to be successful. For my money, I am going with the Bears at -3.