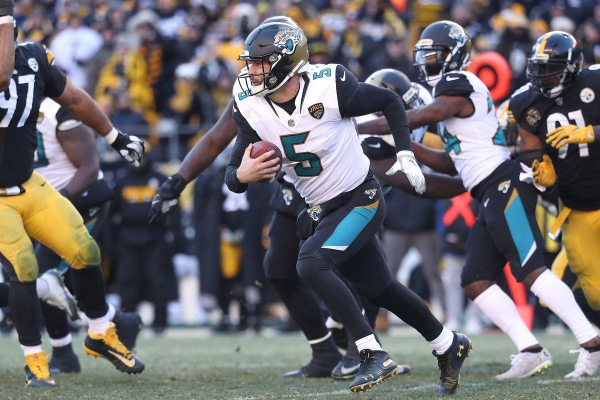 Each week, things seem to get crazier and crazier in the NFL, just look at Miami’s win over the Patriots on Sunday. Of course, with just three weeks left in the regular season, things are really heating up. Let’s check out everything you may have missed from Week 14 and look ahead toward next week.

The Chiefs may have been the big winner in Week 14. They survived (and I mean survived) a close call against the Ravens. The win clinched at least a wild-card spot for Kansas City. But with the Patriots and Texans both losing, the Chiefs took a huge step toward locking up home-field advantage in the playoffs. Two wins in their final three games will give them the best record in the AFC regardless of what the Patriots and Texans do the rest of the way.

The Panthers may have had the worst week of any team, losing to the Browns 26-20. Granted, losing to the Browns isn’t as embarrassing as it used to be, but it was Carolina’s fifth straight loss, dropping them to 6-7 on the season. Cam Newton’s shoulder is clearly well below 100%, making the Carolina offense somewhat limited. The good news is that the rest of the wild-card candidates in the NFC also lost this week, keeping them in the race. However, they also have to play the Saints twice in the final three weeks of the season.

What Have We Got to Lose?

Speaking of spiraling teams, the Washington Redskins have lost four in a row and are making another quarterback change. Sunday’s 40-16 home loss to the Giants was easily their most embarrassing of the season. Much like Carolina, their 6-7 record still gives the Redskins a chance to earn a wild-card spot if they can turn things around the final three weeks of the season.

It now looks as though Josh Johnson will be the quarterback for those three games. Johnson provided a spark in the 4th quarter after replacing Mark Sanchez, albeit with Washington trailing 40-0. About a week ago, Johnson was playing in a charity basketball tournament, and this week, he’ll start against the Jaguars. Unfortunately, Johnson may not have Jordan Reed as a target. After spraining his big toe on Sunday, it looks as though Reed could miss the rest of the season, which is obviously a big blow to Washington’s dwindling hopes.

One or the Other

Despite their surprise win over the Steelers on Sunday, the Oakland Raiders parted ways with GM Reggie McKenzie on Monday. With just three wins this season, someone had to be the fall guy, and it couldn’t be head coach Jon Gruden, who signed a 10-year deal less than a year ago. Instead, McKenzie has been fired despite being under contract until 2021.

The Broncos can all but count themselves out of the playoff race after a pitiful loss to the 49ers on Sunday. The loss came just a few days after losing Emmanuel Sanders to a season-ending injury he suffered in practice. The absence of Sanders definitely showed in the 20-14 loss. The Broncos are now a game behind the four other teams currently tied for the final wild-card spot in the AFC, making their playoff odds rather slim.

It may finally be time for Ravens coach John Harbaugh to make a choice at quarterback. After missing four games, the expectation is that Joe Flacco will be active this week against Tampa Bay. The Ravens have gone 3-1 with Lamar Jackson starting after Sunday’s heartbreaker against the Chiefs. However, Harbaugh has intimated that Flacco would be in the game plan if he’s healthy. Even as Flacco has slowly worked his way back, Harbaugh has kept his cards close to the vest, so what happens is anybody’s guess.

We’ll close with the unfortunate video posted by TMZ of Jaguars running back Leonard Fournette yelling at fans during the team’s loss against the Titans last Thursday. Obviously, that’s not a good look for Fournette in his first game back from a suspension for fighting with Buffalo’s Shaq Lawson. However, Jaguars coach Doug Marrone said Monday that Fournette told him that he was responded to racial slurs coming from the fans. T.J. Yeldon also said that the fans Fournette yelled at were heckling the Jacksonville players and using racial slurs throughout the game.