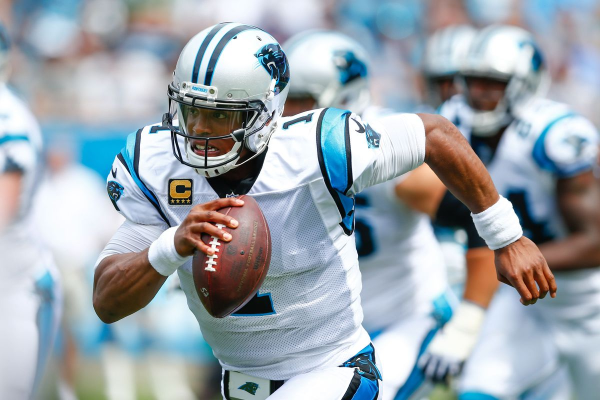 The Tampa Bay Buccaneers and the Carolina Panthers are still very much in control of their destiny. The Bucs sit at 3-4 and the Panthers are 5-2. They are both in the NFC South and both trail the New Orleans Saints who sit at 6-1 this year. The Bucs got off to a hot start but have since cooled down, and the Panthers have been playing well over their last few games. This is a matchup that has playoff implications because the Panthers are still crawling back to take over the Saints and the Bucs are trying to hold on to the playoff chances that they have. A loss by the Bucs in this one might eliminate them from the playoff conversation. The Panthers are favored to win this one by 6.5 points at home.

Tampa Bay has had some flux in the quarterback position this year as Jameis Winston was suspended for the first four games of the year. Ryan Fitzpatrick was named the starter and performed really well in the first three games of the year. Once Winston came back, he was named the starter but did not play very well. That led to Fitzpatrick being named the starter again. He has thrown for 1,550 yards and 13 touchdowns this year so far. Peyton Barber is the leading rusher for the Bucs gaining 345 yards and one touchdown. Mike Evans leads the team in receptions with 46 thus far on the year. Evans has 770 yards receiving and four touchdowns. The Bucs have gained 481.4 yards a game and have scored 28.7 points a game. The defense has given up 33.3 points a game and 429.7 yards a game. They gain 390.1 yards through the air while gaining just 91.3 rushing yards per game.

The Panthers sit at 5-2 on the year and have been performing very well. Cam Newton has led the team with 13 touchdown passes against only four interceptions. He has thrown for 1,646 yards. Christian McCaffrey has rushed for 423 yards and one touchdown to lead the team in rushing. Newton has punched the ball in for four touchdowns. Devin Funchess leads the team in receptions with 32 and three touchdowns. They are solid on defense, only allowing 152 points total on the season. They allow just 21.7 points a game which is ranked 11th in the NFL. They only allow opposing teams to run the ball for 95.9 yards a game. Their pass defense is pretty good as well only giving up 269.7 yards a game. The Panthers try to use their ability to rush and pass to their advantage and will use that to keep the Bucs off their game.

This is going to be a battle down to the end. The Panthers have the upper hand because of how well they can move the ball. The Bucs are going to need to key in on Cam Newton as if the pass breaks down he can take off and do damage with his legs. The Bucs are going to need to get something going offensively, and because of this they aren’t going to come out and start slow. Look for the Panthers to come out fast and angry because this is a game that they must win. Take the Panthers to win and beat the spread.