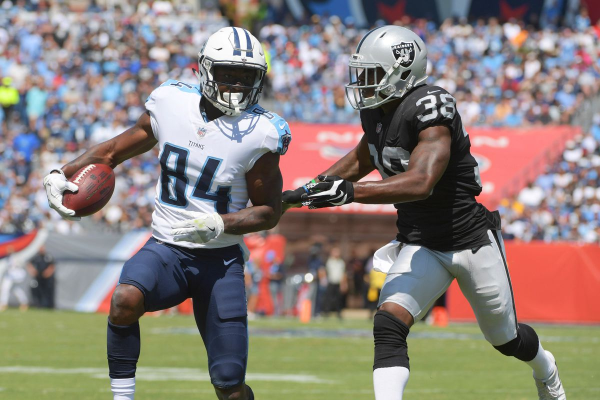 Fantasy Football drafts are quickly approaching and everyone is prepping their draft day wish lists, singling out their targets and eliminating their misses. We’ve looked at the sleepers to take chances on and busts to completely avoid and, this week, we’ll look at the breakout players you’re not going to want to pass on. These players won’t be at the top of anyone’s list but if you see them in the 4th round or later, you’re gonna want to grab them. These are the types of players that sit on your bench for a few weeks until you realize just how good they are, kick yourself, then start immediately.

Jimmy Garoppolo was in the news quite a bit in the last year. It was a bit of a head-scratcher when the Patriots traded him since Tom Brady is now in his 40’s. Then the Niners threw him a monster contract extension after only 6 games. An odd year to say the least. In those six games, however, he has impressed many and this year he looks to impress more. Winning games and throwing TD’s will do that. The upside on this kid is big and if last year’s sample is any indicator, look for him to be a top ten QB this year. In a year where we are deep with solid QBs, grabbing him late will pay big.

With the presence of GiovaniBernard on the roster, many will not even consider drafting Joe Mixon and that will be a mistake. Mixon will make a perfect RB2 and push for even more use than that. Plenty of touches exist for him and as Bernard wears down, as he always does, those touches will only increase, especially when he becomes the Bengals goalline option. You can grab him late and start him early.

The Pittsburgh Steelers did a little of the ole’ “addition by subtraction” when they traded away Martavis Bryant. This will give Smith-Schuster plenty of more looks coming his way. Many will stay away from the guy with the best name in football but we feel that’s a mistake. The Steelers score a bunch of points and even with players such as Antonio Brown and Le’Veon Bell, Ben Roethlisberger knows how to equally distribute the ball. Expect Smith-Schuster to be one of the best WR2 in your league as well as the NFL.

Another player moving up as another moves out is Corey Davis. With Eric Decker moving out of the way, Davis is in perfect position to step in and fill up the stat sheet. Again, a player who won’t be included on many draft kits as he is only a second year man who got off to a slow start as a rooke. However, the Titans passing game will make more strides this year and if the way Davis played at the end of last year is tell-tale of what’s to come, expect a big year out of this WR2.

The 49ers are going to be a much better team this year and it starts on the offensive end. McKinnon has joined a good situation and looks to be the guy in position to get the bulk of the load at running back. Still only a RB2 but McKinnon has plenty of upside. He won’t be taken seriously either, as most people won’t be looking to the Niners for any kind of offensive player. The Niners have been real bad for a long enough time so no one will notice when you grab this guy around the seventh round.

The hype on Ryan Grant is growing every time AndrewLuck successfully touches a football. And Luck is going to play this year, the Colts are convinced he is ready to go and have already announced his full participation in preseason games as well as training camp. All good news for Grant. T. Y. Hilton will get all the attention from fantasy owners and secondaries but look for Ryan Grant to fill it up this year and you can get him very late in the draft.