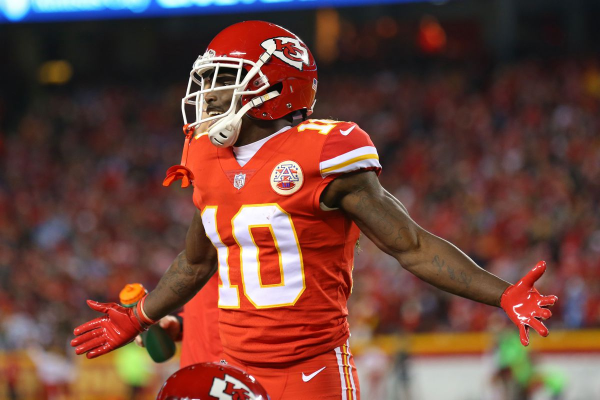 Through almost four weeks of the season, two teams seem to be on another level when it comes to the dominance of their team: the Los Angeles Rams and the Kansas City Chiefs. While the Rams have already won this week (a Thursday night victory over the Minnesota Vikings), the Chiefs still have to take their turn. On Monday, it is an AFC West matchup as the Chiefs (3-0) travel to Sports Authority Field at Mile High to take on the Broncos (2-1). Kickoff for Monday Night Football is scheduled for 8:15 pm ET.

The spread comes in with the Kansas City Chiefs being slight road favorites giving 3.5 points. The over/under for total points score is a whopping 54.5 (probably due in part to the fact that the Chiefs are scoring an NFL best 39.3 points per game while also giving up a league-worst 30.7 points.

Realistically, Pat Mahomes is not going to keep up his current pace of dominance from the quarterback position. With that being said, the second year quarterback is showing that he is the real deal and Andy Reid’s offense is showing that it will likely be amongst the league’s best all season long.

Through three games for Mahomes, he has currently thrown for 896 yards on 62 completions, 13 touchdowns (yes, in only 3 games) and has 0 interceptions. Those gaudy numbers are helped by the fact that he has a dynamic set of weapons at his disposal. His top three receivers are Tyreek Hill(14 receptions, 310 yards, 3 touchdowns), Sammy Watkins (14 receptions, 176 yards, 1 touchdown) and tight end Travis Kelce (16 receptions, 229 yards, 2 touchdowns.). To make the Chiefs’ offense even scarier is the fact they have a solid running back in Kareem Hunt (52 rushes for 168 yards and 2 touchdowns). Even on the road against a decent defense, the Chiefs will be a nightmare to try to stop.

On the other side of the ball, their defense leaves something to be desired. They have given up 1,461 yards of offense (334 rushing, 1127 passing) and only have 4 sacks to date. Still, with a less than stellar offense in Denver, they should be at least adequate on offense, probably good enough to allow their offense to take over. Notable stat leaders on the defensive side are AnthonyHitchens (19 tackles), Dee Ford, a trio of players with 2 sacks apiece, and Ron Parker with their lone interception.

While the Broncos have not been at the Chiefs level of play, they have not played awful to start the season. They are 2-1 after victories over the Seahawks (27-24 week one), Raiders (20-19 week two), and a loss to the Ravens (27-14 week three).

Leading the Broncos on the offensive side is quarterback Case Keenum. He has had somewhat of a rough start to the season as, in three games, he has thrown for 743 yards on 66 completions but has only 3 touchdowns versus 5 interceptions. His two main targets to date have been Emmanuel Sanders (19 receptions, 269 yards, 1 touchdown) and Demaryius Thomas (16 receptions, 144 yards, 1 touchdown).

Where the Denver offense does shine is in their running game. The Broncos have a bit of a two-headed monster in Royce Freeman (36 carries, 152 yards, 2 touchdowns) and Phillip Lindsay (33 carries, 198 yards). To keep up with the Chiefs, though, the offense will have to step it up Monday.

Defensively, they have been much better against the run than the pass. Against the run, they have only allowed 233 yards, but against the pass, that number is 863. Once again, not a great sign to be giving up almost 290 yards per game in the air against the number one offense in the league. With VonMiller and Bradley Chubb, they are able to get pressure on the quarterback, but the question will be how consistent they will be at doing so against the Chiefs. Notable stat leaders include ToddDavis (16 tackles), Von Miller (4 sacks) and Justin Simmons and Adam Jones with one interception each.

I won’t lie, I was shocked to see the Chiefs only favored by 3.5 points in this one. I just don’t like much about the Broncos in this matchup and I think the Chiefs are going to have another really explosive game. The defense has been the calling card of the Broncos in previous years, but it hasn’t quite been to the same level this year and Andy Reid and Mahomes I think will expose that. Take the Chiefs -3.5.