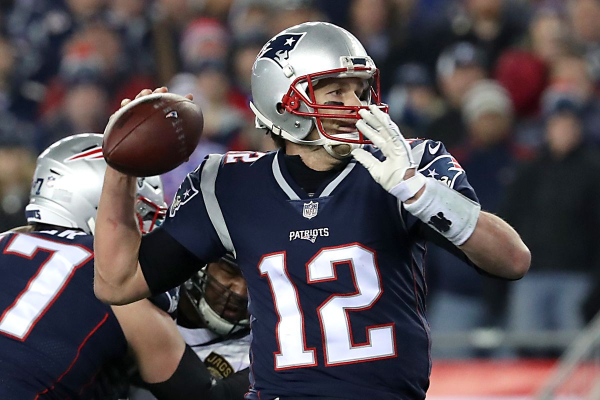 Monday Night Football might be pretty interesting this week; not because it will be a good game, but because of how much of a blowout it might be. The New England Patriots (5-2) look like they would be on a short list of Super Bowl favorites. The BuffaloBills (2-5) on the other hand…. don’t. They have been downright awful this year and it is pretty surprising that they have two victories, especially considering it was the Minnesota Vikings and Tennessee Titans that they beat. Still, they are going to have their hands full when they host the Patriots at New Era Field on Monday night. Kickoff is scheduled for 8:15 pm ET.

The point spread comes in with the New England Patriots as a whopping 14-point favorite on the road. The over/under on total points scored is 44.5.

New England is the model of consistency in the NFL. With Bill Belichick and Tom Brady at the helms, they have been a force to be reckoned with for years. At 5-2, this year doesn’t appear to be any different. After losing two of their first three, they have won four in a row including a 38-31 win over the Chicago Bears last week. Most impressive is the fact that they have scored 38 or more points in all four of those wins (in fact they scored exactly 38 in three of them). Now, they travel to Buffalo to face a team that is ranked 17th in the NFL in points allowed at 25 per game. I anticipate that number to go up a little bit after Monday.

The Patriots offense ranks 4th in points per game (30.6) and 10th in yards per game (381.1). Offensively, they are led by Tom Brady under center. On the season, Brady is 170 for 250 with 1,876 yards, 16 touchdowns and 7 interceptions. His leading receivers this year have been RobGronkowski (26 catches, 405 yards, 1 touchdowns) and James White (45 catches, 380 yards, 6 touchdowns). Speaking of White, with Sony Michel injured, White will probably take on more responsibilities at running back. On the season, he has 40 carries for 189 yards and a touchdown.

While the offense has been outstanding, NewEngland’s defense has just been mediocre. They rank 25th in yards allowed per game (389.9) and 19th in points allowed (25.6 per game). Their defensive leaders include Devin McCourty (30 tackles), Deatrich Wise (3.5 sacks) and Jonathan Jones and J.C. Jackson with 2 interceptions each.

Bills Hoping To Shock The Patriots

The Buffalo Bills have been absolutely brutal on the offensive side this year. Only the Arizona Cardinals have averaged less yards per game (Buffalo averages just 234 yards) and they rank dead last in points per game (just 11.6). Sadly, it could get worse. With Josh Allen injured, DerekAnderson has taken over at quarterback. Last week, Anderson went 20 for 31 for just 175 yards, no touchdowns and 3 interceptions. The leading receivers for the Bills are Zay Jones (19 catches, 226 yards, 1 touchdown) and Charles Clay (16 catches and 133 yards). On the ground, LeSean McCoy has 244 yards on 63 carries while Chris Ivory has 210 yards and a touchdown on 67 carries.

The defensive leaders for the Bills are TremaineEdmunds (39 tackles), Jerry Hughes (4.5 sacks), and Jordan Poyer (2 interceptions). Regardless, for a defense that on paper does not look awful, when the offense can’t stay on the field for prolonged drives, it definitely takes its toll. They will definitely have their hands full against New England.

It is pretty tough for me to pick a team when they are spotting the opponents two touchdowns, but that is exactly what I am doing here. I just don’t see anyway the Bills keep this close and I think by halftime this game might already by lopsided. Throw in the fact that 3 of their 5 losses have been by over 14 points and this is an easy one for me. Take the Patriots at -14 points.