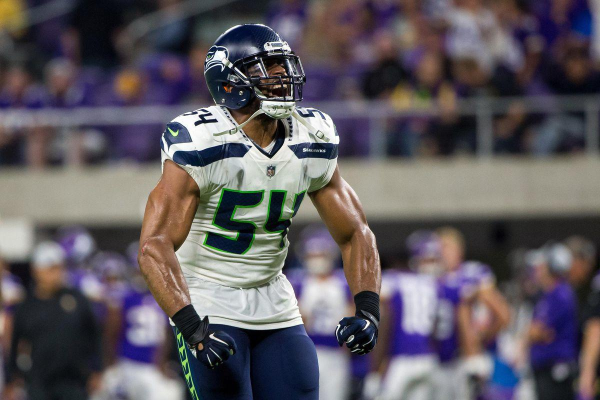 Monday Night Football this week should be a good one as it features two teams who, if the season ended today, would be in as wildcard teams. For the Minnesota Vikings (6-5-1), they sit in 2nd place in the NFC North behind the 9-4 Chicago Bears. While it remains possible that the Vikings could catch the Bears (especially since they will match up against them later this season), it is more likely that the Vikings will find their route via the wildcard. They are coming off a 24-10 loss against the Patriots and hope to bounce back in Seattle.

For the Seattle Seahawks (7-5), they currently sit behind the Los Angeles Rams (11-2) in the NFC West. Since the Rams have already clinched the division, the Seahawks are looking to continue playing well to lock up the first wildcard spot. The Seahawks have won three in a row and hope to keep it rolling. The two teams will square off Monday when the Vikings travel to CenturyLink Field to take on the Seahawks. Kickoff is scheduled for 8:15 pm ET.

The point spread comes in with the Seattle Seahawks being 3-point favorites at home. The over/under on total points scored is set at 45.5 points.

On the offensive side, both of these teams have been in the middle of the pack. In terms of average total yardage, the Vikings are 15th, gaining 360.9 yards per game of total offense. For the Seahawks, they are 19th, gaining 353.2 yards. For scoring, though, the Seahawks have had the advantage. They are 9th in average points per game, scoring 26.6 points. For the Vikings, they rank 18th, scoring an average of 22.9 points per game.

Hoping to still make a push within the division, the Minnesota Vikings will look to Kirk Cousins to lead them from under center. On the season, he has thrown for 3,490 yards, 23 touchdowns, 9 interceptions and has been sacked 30 times. His leading receivers have been Adam Thielen and Stefon Diggs. For Thielen, he has 1,166 yards receiving and 9 touchdowns on 98 receptions. For Diggs, he has 839 yards and 6 touchdowns on 84 receptions.

On the ground, the Vikings have been relying on Dalvin Cook as of late. Given that he was injured earlier in the season, his rushing yards are not that impressive as he has just 312 yards on 74 carries. The leading rusher on the season has been Latavius Murray. Murray has gone for 466 yards and 5 touchdowns on 111 carries.

Seattle Trying To Stay Hot In Front Of Home Crowd

The Seahawks have been playing some really good football as of late and always play better at home in front of their “12th man.” Leading the way has been quarterback Russell Wilson. He has thrown for 2,716 yards, 29 touchdowns, and just 5 interceptions. He has, however, been sacked 37 times this season. In addition to his throwing, he has rushed for 245 yards on 45 carries.

The defensive leaders for the Seahawks this season have been Bobby Wagner (59 tackles), Frank Clark (10 sacks) and both Earl Thomas and Bradley McDougald (3 interceptions apiece).

I have to take the hot hand in this one. Not only have the Seahawks been playing better as of late, but they are even tougher at home. This season they are 3-1-1 against the spread at home, and I see that positive trend continuing here. The Vikings have the personnel and potential to be a really scary team, but right now they are struggling to stay consistent. That is bad news when going against a team that has seemingly found their way after early season troubles. For my money, take the Seahawks at -3.

Tonight’s NBA betting schedule is lacking in overly compelling matchups, but tonight’s action will also be taking place with a few notable names missing. Booker, Morant, and Lillard Sidelined Tonight and Beyond Booker Out Versus Pistons Due to Hamstring Injury The Phoenix Suns lost Devin Booker (hamstring) on Tuesday against Golden State but closed out END_OF_DOCUMENT_TOKEN_TO_BE_REPLACED