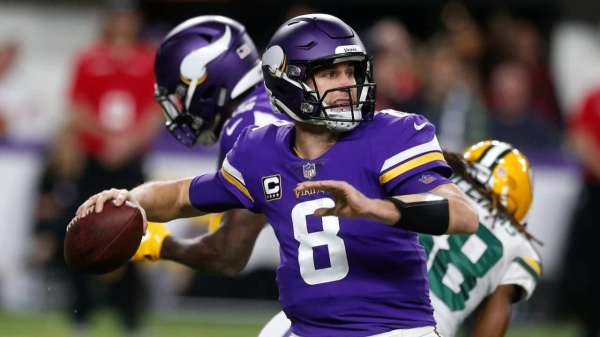 The Minnesota Vikings come into the 2019 NFL season with a lot to prove. Minnesota was considered a Super Bowl contender a season ago, but things did not go well for them. The Vikings saw the Chicago Bears vault past them in the division race, and Minnesota will be the team trying to play catchup this season. The NFC North should be one of the toughest divisions in the league this season, and there is no guarantee that the Vikings will be making a return to the playoffs.

Minnesota finished the 2018 season with a record of 8-7-1, and their two losses to the Chicago Bears proved to be extremely costly to their playoff chances. The Vikings posted the exact same record against the spread a season ago and will be looking to improve upon that as well. Minnesota is a team that is loaded with talent, but they still have some things to prove.

One of the biggest offseason moves that the Vikings made was hiring Gary Kubiak to be their new offensive coordinator. Kubiak has had tremendous success in the NFL and should turn the Vikings into a great offensive team. The Vikings also extended Adam Thielen in the offseason, keeping their top wide receiver in a Minnesota uniform.

Kirk Cousins: Cousins threw for over 4,200 yards a season ago, but the Vikings are expecting bigger things from him in year two. The Vikings might also want to do a better job of protecting their star quarterback as they allowed him to get sacked 40 times. Cousins should have a monster 2019 season for the Vikings.

Adam Thielen: Thielen had 113 receptions for 1,373 yards a season ago and has turned himself into one of the best wide receivers in the league. Thielen might be small in size, but he is a great route runner who continues to deliver for the Vikings.

Dalvin Cook: Keeping Cook healthy and on the field will be one of the keys for the Vikings this season. Cook had 615 rushing yards in just 11 games a season ago and only found the end zone twice. Minnesota will be a huge season form Cook in order to make the playoffs.

Rookie Class: Minnesota focused on offense early in the 2019 NFL Draft, and they got some great talent. Center Garrett Bradburry should help to protect Cousins, and tight end Irv Smith gives the QB a big target to throw the ball to.

The Minnesota Vikings will definitely have a better season in 2019, but that doesn’t mean they are going to be able to get past the Chicago Bears. Vegas has set the win total at 9.0 wins for the Minnesota Vikings, and they should be able to reach that number of wins. The Vikings have a good shot at getting to double-digit victories, but they aren’t winning the NFC North. Minnesota won’t have a long run in the playoffs, as they just don’t have enough talent to compete with the top teams. Bet the over 9.0 wins for the Vikings, but stay away from the rest of the future or prop bets.