Miami Dolphins 2021 Preview: It is all on Tua as the Dolphins look to rise in the AFC 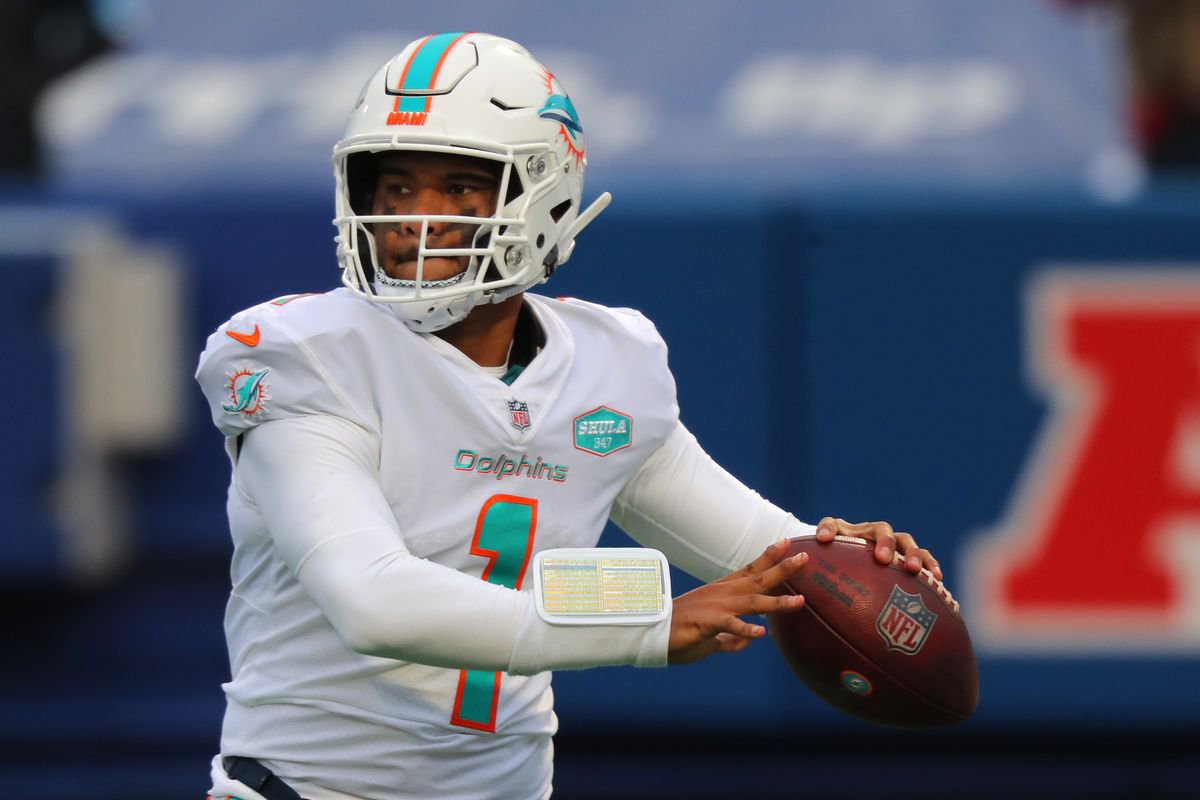 The Miami Dolphins were one of the NFL’s bigger surprises last season, as they posted a 10-6 record. The 10 wins were nice, but they may not have missed out on the playoffs had they stuck with Ryan Fitzpatrick at quarterback. Instead, they inserted rookie Tua Tagovailoa during the season, and though the former Alabama star went 6-3 as a starter, he struggled to find a rhythm.

The Dolphins are looking to take the next step this season, but will they do it with Tua? The jury is out on whether he can succeed in the NFL with his skillset. Until that question gets answered, I’m not sold on the Dolphins ahead of other AFC hopefuls.

To keep up with the Dolphins’ results and updated futures odds throughout the 2021 NFL season, check out our dedicated Miami Dolphins page.

Miami Dolphins odds are via FanDuel Sportsbook as of Friday, August 27, 2021.

The acquisition of Fuller is with an eye to giving Tua more explosive weapons. Fuller was a bright spot for a bad Houston Texans team last season, posting career highs in catches (53), yards (879), and touchdowns (8) through 11 games after taking on a more prominent role following the departure of DeAndre Hopkins. Then he was suspended for the rest of the 2020 season and the first game of the 2021 season for a PED violation.

Fuller has the potential to be productive, but he has played in only 53 of a possible 80 regular-season games in his career and has a history of missing games due to injury. Can he stay on the field enough to make this a good move?

Fluker is an experienced offensive lineman, and McKinney will make a lot of tackles. Both are very established players. Phillips was drafted in the first round of the 2021 NFL Draft after an impressive season at “The U”, and he is expected to contribute immediately. He and Butler, who had ten sacks in his last two seasons with the New England Patriots, will be counted on to help the pass rush match or surpass last season’s total of 41 sacks.

Fitzpatrick looks likely to open the season as the starter for the Washington Football Team, which would be the ninth different starting role of his career. He posted a career high in completion percentage for the Dolphins last season, but Brian Flores and the Dolphins have made a commitment to Tua. We will see if it works. Jacoby Brissett is the backup to Tua now. That leaves the team thin at the most important position on the field.

Flowers will not be missed with Fluker in the mix, and Lawson posted only four sacks in his lone season in Miami after a career-high 6.5 with the Buffalo Bills in 2019. Van Noy had a solid season after signing a four-year, $51 million deal last year, posting 69 tackles and six sacks, but he was released in March to cut costs.

Last year the offense was in the lower third of the league in rushing and passing but right around the middle in scoring. Will they be less lucky this season?

Tua took a lot of heat for being conservative as a rookie, and it was well deserved given the Dolphins’ postseason aspirations. At the same time, the team did not have the threats to really open things up. Enter Fuller and Waddle, who was the sixth overall pick in the 2021 NFL Draft. Fuller can go deep, and Waddle can turn any catch into a score. They are going to need both to be great to have an above-average offense this season.

Xavien Howard had ten interceptions a season ago, helping a defense that was 20th in yards allowed finish 5th in points. They are able to get some heat on the quarterback, but all those turnovers were key, and those can be hard to rely on from year to year.

I was not really a believer in the Dolphins last season, and I don’t see how they have improved themselves significantly. Fair or not, it is all on the quarterback and how he develops.

To be honest, it is hard to justify heavily backing the Dolphins in the futures market. Backing them to make the playoffs is not a bad bet, but their division, conference, and Super Bowl futures are less worthwhile.

Miami’s schedule is not extremely difficult overall, but the front half is tough. I see the Dolphins as an eight or nine-win team, but most of those wins will come from November on.

If you couldn’t tell I am not a big fan of Tua. Last year the passing attack was 20th in the league with him getting slightly more attempts than Fitzpatrick. He may have 17 games, but I am still not convinced the team can be successful putting the ball in his hands significantly more, even with their new weapons.

Prop to Consider: Jaylen Waddle to Win Offensive Rookie of the Year (+2500)

Waddle should have the chance to be one of Tua’s top targets from the outset. He also could return kickoffs and/or punts, after returning three kicks (two punts, one kickoff) for scores in his Alabama career.

The other teams in the AFC East look better, and the Dolphins’ quarterback situation scares me. For now, the Dolphins look like a team to fade.

The 2022 French Open is underway at Stade Roland Garros in Paris, France, and we are already almost through the first week of play. Tomorrow, the remaining third-round matches will take place, after which the men’s and women’s singles draws will be down to their final 16 contenders. In both men’s and women’s singles, there END_OF_DOCUMENT_TOKEN_TO_BE_REPLACED