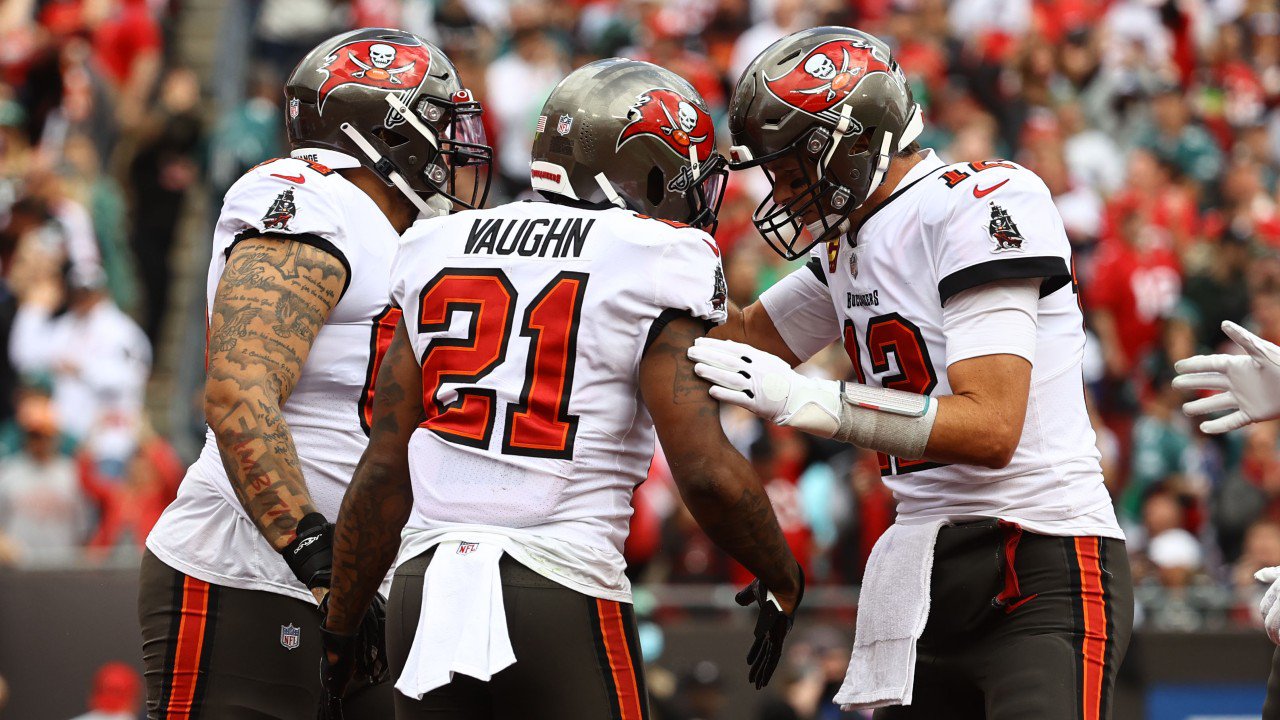 There has not been a repeat Super Bowl champion in almost two decades, since Tom Brady and the New England Patriots won back-to-back titles in the 2003 (Super Bowl XXXVIII, over the Carolina Panthers) and 2004 (Super Bowl XXXIX, over the Philadelphia Eagles) seasons. On Sunday, Brady and the Tampa Bay Buccaneers start their quest to end the repeat drought as they host the Los Angeles Rams.

Brady lifted the Lombardi Trophy for the seventh time last February when the Bucs won Super Bowl LV. But his closest brush with a repeat is a Super Bowl LII loss to the Eagles four years ago.

In Week 3, the Rams defeated the Bucs at SoFi Stadium behind Matthew Stafford’s best game of the season. To move within a win of playing the Super Bowl in their home stadium, will Stafford need another big game against the champs?

Can Stafford Score the Biggest Win of His Career?

The Rams made the trade for Stafford was made with the plan and expectation to immediately contend for a championship. And though it has certainly not been a perfect season, they are three wins from Super Bowl glory. Stafford had one of the best seasons of his career, throwing for 4,886 yards and 41 touchdowns.

But the Rams won last week’s wild-card matchup with the rival Cardinals without a big game from Stafford. In the 34-11 win, he was a very efficient 13 of 17 for 202 yards and two touchdowns (and a rushing touchdown). With the defense shutting down Kyler Murray and the offense doing its part to ensure the game was all but a wrap early in the third, Stafford didn’t need to put up big numbers.

On Sunday, he will likely need to do a fair bit more. But will he? For all of his experience, this will be the biggest game of his NFL career. Monday’s win over Arizona was his first playoff win after three winless postseason trips with the Lions.

And while he had an outstanding game against the Bucs earlier this season, he and the Rams went winless in their four other games against teams still in the playoffs.

In that three-game stretch against Tennessee, San Francisco, and Green Bay, Stafford threw a pick-six in each game. So, concern about whether or not he will step up and not wilt against the Bucs is very warranted.

That said, it doesn’t hurt for Cam Akers to be back in action. Against the Cardinals, Akers had 17 carries for 55 yards and a 40-yard catch on a trick-play toss from Odell Beckham Jr. Ground production and keeping it close will go a long way for Stafford and his composure level.

If things go as they often have over the past two seasons, the Rams will have to score to win.

Last Sunday’s 31-15 win over the Eagles was Brady’s fifth playoff game with the Bucs, and they have hit the 30-point mark in all five games.

Last week’s Eagles-Bucs preview mentioned some other notable scoring stats for the Bucs that held up in their win. The Bucs have scored at least 28 points in all but one of their wins this season (the Week 4 win over the Patriots), and they have scored 25 or more points in 29 of 38 games across the past two seasons.

So, while the Rams held the Bucs to 24 points the first time, it will be a tough ask to do it again. That is, unless they borrow the defensive gameplan from the New Orleans Saints, who are a turnover-filled divisional round disaster from being 5-0 against Brady.

In their Week 3 win over the Bucs, the Rams didn’t force any turnovers. That is notable given that they were tied for third in the NFL in interceptions.

But they won by virtue of Stafford outplaying Brady when it mattered, rendering Tampa’s ground game a non-factor, and taking an early lead that rendered the inevitable Brady rally useless.

Can they do that again, this time on the road? I think that is asking a little too much.

Other than their (still very, very inexplicable) shutout loss to the Saints in Week 15, the Bucs have been unstoppable at home this season. The Bucs have scored at least 30 points in their other eight home games, all wins.

In the loss to the Saints, Brady was 26 of 48 (54.2%) for 214 yards and an interception. In his other home games this season, he has completed 68.4 percent of his passes with 27 touchdowns and only four interceptions and averaged 318 passing yards per game.

If the Rams are able to go into Raymond James Stadium and leave with a win and a spot in the NFC Championship Game, they will deserve all the credit in the world. But their playoff run will likely come to an end against the champs, who will move a win closer to a Super Bowl repeat.

The 2022 Formula 1 season is only six races deep, but the race for this season’s championship alerady appears to be down to just two drivers. Last season, Red Bull driver Max Verstappen claimed his first Formula 1 World Drivers’ Championship in highly controversial circumstances, with Lewis Hamilton denied what would have been a record-breaking END_OF_DOCUMENT_TOKEN_TO_BE_REPLACED