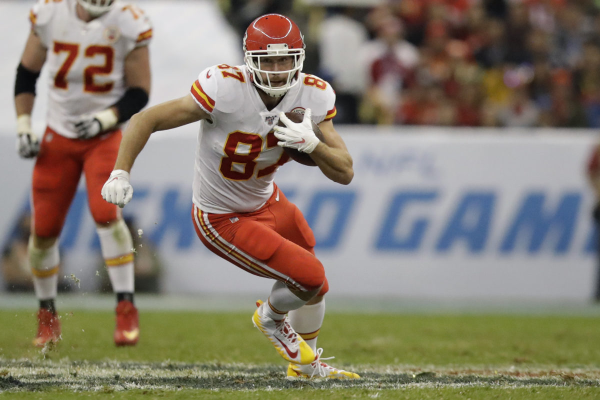 We have reached Week 16 of the 2019 National Football League regular season, which means there are just two games to go for each team. The Sunday slate of games will conclude with a matchup between the Chicago Bears and Kansas City Chiefs on Sunday Night Football.

Many people felt that this game could be a potential Super Bowl matchup, but things have not worked out that way for one team. Kansas City wins games with its explosive offense, while the Bears will try to use their outstanding defense to keep this game close.

Chicago saw its playoff hopes vanish in Week 15 after suffering a loss to the Green Bay Packers. The Bears come into this game with a record of 7-7 after winning the NFC North a season ago.

Kansas City has won four straight games and is the champion of the AFC West again this season. The Chiefs look to be peaking at just the right time heading into the playoffs. Kansas City is a six-point favorite over the Chicago Bears on Sunday Night Football.

Bears head coach Matt Nagy is known as a great offensive mind, but his 2019 team just has not been able to find enough offense to win consistently. The Bears are averaging just 18.3 points per game this season, and they don’t strike fear in opposing defenses.

Quarterback Mitchell Trubisky has played much better of late but still has thrown for just 2,700 yards this season. Chicago also struggles with its running game, and its 85.6 rushing yards per game just won’t get the job done.

Chicago is still giving up just 18 points per game on defense, but it has not been as dominant as it was a season ago. Linebacker Roquan Smith leads the team with 101 tackles, but he is expected to miss this game due to injury. The Bears also have plenty of issues in their secondary, and that is going to spell trouble against the Chiefs.

Kansas City is the exact opposite of the Chicago Bears as it continues to try to search for a way to get more stops. The Chiefs are allowing just 20.3 points per game, but they have the potential to give up some big plays.

Kansas City does have 39 sacks so far this season, and it will come after Trubisky in this game. The Chiefs don’t need to be perfect on defense, but they need to be solid.

Quarterback Patrick Mahomes is having another monster season for the Chiefs, as the team is averaging over 290 passing yards per game. Tight end Travis Kelce has hauled in 86 catches for over 1,300 yards and should have some room to operate in this game.

The Chiefs have playmakers all over the field, and they won’t be intimidated by the tough Chicago defense.

Chiefs Blow Out Bears in Chicago

The Chiefs still have something to play for in this game, and the Bears don’t. That could make for a very lopsided game on Sunday Night Football, despite the Bears playing in front of their raucous home crowd.

Chicago still has a defense worthy of winning this game, but its offense has let it down all season long. The Bears are not going to be able to score enough to keep up with the Chiefs.

Kansas City is going to blow this game open in the second half and cruise to an easy victory. Bet the Kansas City Chiefs -6.0 over the Chicago Bears on Sunday Night Football.