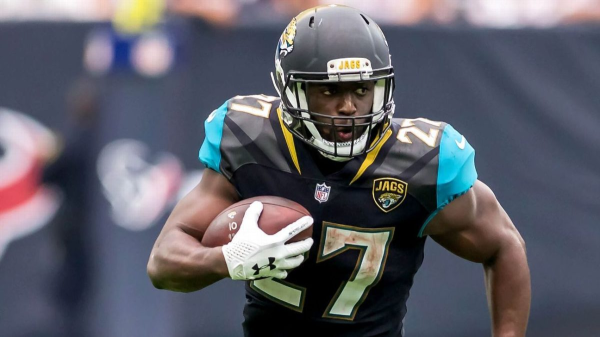 The Jacksonville Jaguars came into the 2018 season with plenty of hype and momentum after going 10-6 and making the playoffs in 2017. Things started well for the Jaguars with three wins in their first four games, but the season derailed in a hurry. The Jaguars suffered through a miserable seven-game losing streak, and it is back to the drawing board in 2019. Jacksonville still has one of the most talented defenses in the league, but they failed to perform a season ago. The Jaguars are hoping that a new quarterback (Nick Foles) can help their 2019 season be a successful one and get them back into the AFC Playoffs.

Jacksonville finished the 2018 regular season with a record of just 5-11 and was one of the most disappointing teams in the NFL. Jacksonville was favored in several games but posted a 5-9-2 record against the spread a season ago. It will be interesting to see what the oddsmakers think of the Jaguars’ chances this season.

The Jacksonville Jaguars were in need of some changes on the offensive side of the ball, and they will have a new offensive coordinator and quarterback this season. John DeFilippo was hired as the new OC, and Super Bowl champion Nick Foles will replace Blake Bortles under center this season. Wide receiver Chris Conley and tight end Geoff Swaim were also signed this offseason to help improve the offense.

Nick Foles: Foles has been the backup quarterback in Philadelphia for the last few seasons and is a proven winner. Foles has won four playoff games in the last two seasons, including the Eagles’ Super Bowl victory over New England, but hasn’t played a full season as the starter in quite some time.

Leonard Fournette: Fournette played in just eight games during the 2018 regular season, and the Jaguars need to keep him healthy this season. Fournette has run for close to 1,500 yards in his first 21 games in the league, scoring 14 touchdowns. If Fournette can stay healthy this season, that will take a lot of pressure off of Foles.

Rookie Class: Outside linebacker Josh Allen out of Kentucky was the Jaguars’ first pick in the 2019 NFL Draft, and he has a chance to be a star in Jacksonville. The Jaguars selected four offensive players with their other six picks, including Washington State quarterback Gardner Minshew. The Jaguars had plenty of holes on their roster, and they chose wisely in the draft.

Expect a huge bounce-back season from the Jacksonville Jaguars in 2019, but that still likely won’t be enough to make a return to the playoffs. The Jaguars play in a very tough AFC South, and they just have too many question marks. Take the under -130 of 8.0 wins this season, as the Jaguars feel like a team headed for a 7-9 season. Jacksonville will stay in the playoff race a lot longer this season, but they are still going to fall short. Betting on the Jaguars to win the division or even more is doing so at your own risk.