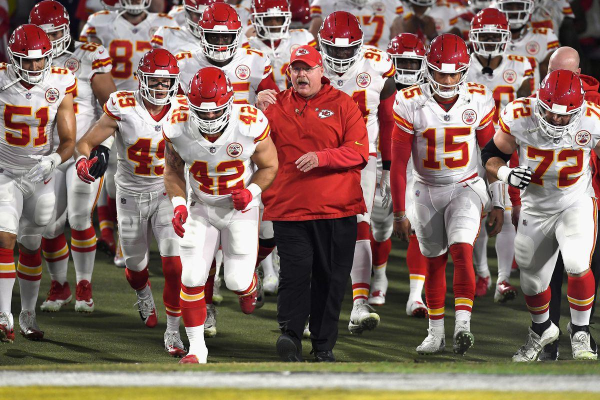 The divisional round is set to kick off Saturday, and the first game should be a great one as the red hot Indianapolis Colts (11-6) travel to Arrowhead Stadium to take on the Kansas City Chiefs (12-4).

For the Colts, they are coming off an impressive win in the wildcard round over the Houston Texans, 21-7. After jumping out to a 14-point lead in the first quarter, Indianapolis’ defense shut down Deshaun Watson and the Texans offense.

For the Chiefs, they enjoyed a bye week last week as they finished the regular season with the best record in the AFC. Unfortunately for them, their success may have drawn them the toughest opening matchup they could have gotten, as the Colts have been one of the hottest teams having won 5 games in a row going back into the regular season. Still, with an extra week to prepare and playing at home, the Chiefs are likely to come out with their offense dazzling as they have so many times this year. The matchup will get underway Saturday afternoon as kickoff is scheduled for 4:35 pm ET.

The point spread for this one comes in with the Kansas City Chiefs being 5.5-point favorites playing at home. The over/under on total points scored is set at 57 points.

When analyzing the regular season, the Kansas City Chiefs were the most dominant offense in the entire NFL. They ranked 1st in total yards (425.6), 1st in points per game (35.3), 3rd in passing yards (309.7 per game) and 16th in rushing (115.9 yards per game). For the Colts, they really turned it on after starting the season 1-5. Their offense averaged 386.2 points per game (7th in the NFL) and 5th in scoring (27.1 points). With the combination of Andrew Luck under center and Marlon Mack in the backfield, they are a tough matchup for any defense.

Speaking of defense, the Chiefs’ defense left something to be desired this year. The team ranked 31st in total defense, allowing 405.5 yards per game. They also ranked 24th, allowing 26.3 points per game. The Colts’ defense was considerably better. They allowed just 21.5 points per game (10th in the NFL) and 339.4 yards of total offense to opponents (11th in the league). This defense will certainly be tested against the high-flying offense of the Chiefs.

Two-Headed Monster For Colts in Luck and Mack

It is not a coincidence that the Colts’ season turned around when Marlon Mack’s healthy finally improved. After starting the season 1-5, the Colts finished 9-1 to make the playoffs, and Mack ended with 908 yards and 9 touchdowns on 195 carries. Last week, against the Texans’ vaunted defense, Mack went for 148 yards and a touchdown on 24 carries. Against a much weaker defense, he may be in for a bigger day.

Another player who could be in for a big day is quarterback Andrew Luck. On the regular season, Luck threw for 4,593 yards, 39 touchdowns versus 15 interceptions. What was most impressive was how his offensive line kept him upright. He was only sacked 18 times this season. This could be important against a Chiefs team who have given up a lot of points but have also gotten to the quarterback quite a bit this year.

There is not too much to say about Patrick Mahomes that hasn’t already been said this season. He has been absolutely stellar, and his numbers support that. He has thrown for 5,097 yards, 50 touchdowns versus just 12 interceptions while being sacked 26 times. His two leading receivers this year were tight end Travis Kelce (1,336 yards and 10 touchdowns on 103 catches) and Tyreek Hill (1,479 yards and 12 touchdowns on 87 catches).

On the ground, the team is a little more limited. After releasing Kareem Hunt earlier in the season, they will rely on Spencer Ware and Damien Williams. Neither one has rushed for more than 260 yards this season but should have opportunities against a team who will likely be focusing on stopping the pass.

This one comes down to how great of football the Colts have been playing lately. While their offense may not be quite as exciting as the Chiefs, they have been putting up big numbers lately and are more than capable of doing it again Saturday against a weak Chiefs’ defense. While the Chiefs are likely going to be able to put up points, the Colts’ defense has been playing rather exceptional as of late and may be able to slow them down throughout the game. I am not sure if the Colts will ultimately come out victorious on the road at Arrowhead, but when being spotted 5.5 points, I like my chances with them. I am taking the Colts at +5.5.