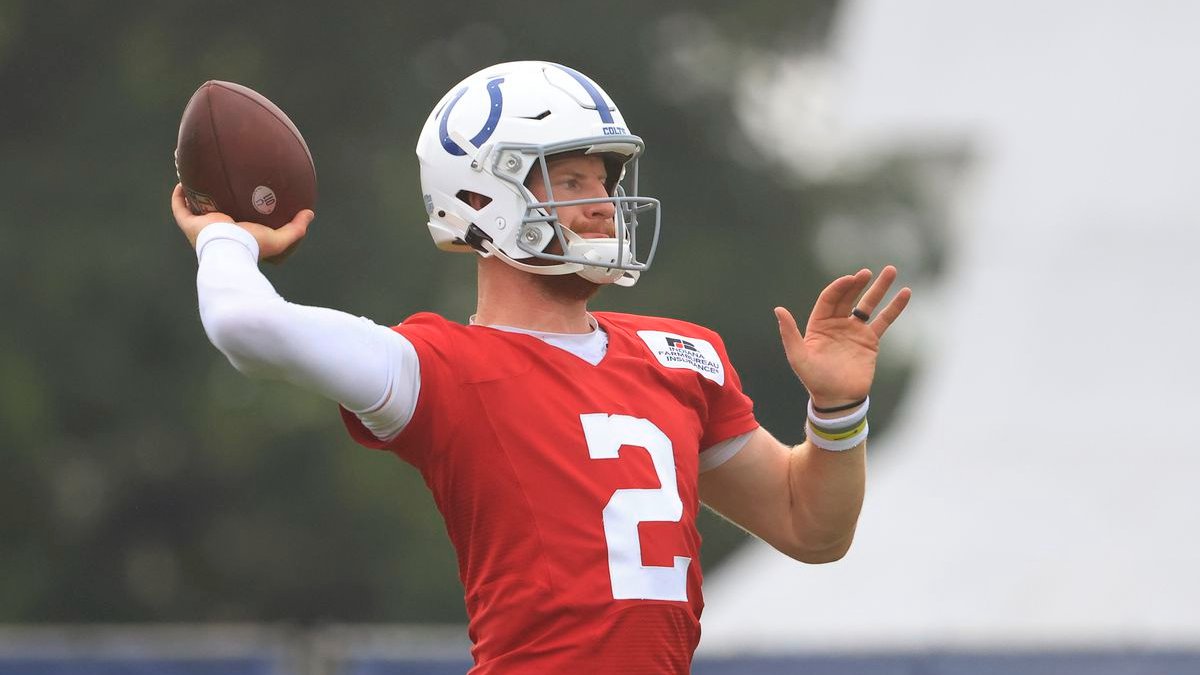 Last year was a positive season for the Indianapolis Colts. They took a chance on QB Philip Rivers and he played well, leading them to the playoffs, where they lost a close game to the Buffalo Bills. The season also saw the emergence and rise of young talents on both sides of the ball in running back Jonathan Taylor, receiver Michael Pittman Jr., and safeties Julian Blackmon and Khari Willis.

The Colts did the rare thing of winning and developing and should be applauded for their efforts. Keeping it up is going to be difficult, but they will hope to do so and win their first division title since 2014. Can new starting quarterback Carson Wentz have immediate success in Indy and lead the Colts past the Tennessee Titans in the AFC South?

To keep up with the Colts’ results and updated futures odds throughout the 2021 NFL season, check out our updated Indianapolis Colts page.

Indianapolis Colts odds are via FanDuel Sportsbook as of Wednesday, September 8, 2021.

I wouldn’t call getting Wentz a “going all in” move but they realized they were not good enough at quarterback to win in the playoffs last year. Wentz’s time in Philadelphia had a rough end, but he is only 28, and the change of scenery and a reunion with former Eagles offensive coordinator Frank Reich could be just what he needs. Fisher is a two-time Pro Bowler and should slot in nicely, while the rookie Paye is an athletically gifted rush end they need to fill in for Justin Houston.

Castonzo was an integral piece for the Colts for a long time, but he retired over the offseason. Houston was born to pass rush and was an effective player for the Colts the last two seasons. The same goes for Anthony Walker. On any other team, he would probably be the best linebacker, but the Colts have a guy named Darius Leonard and you can’t pay everyone.

I am not a Wentz fan, but I understood the move to get him. Rivers could only give the offense so much and Wentz still has a high ceiling and should benefit from his reunion with Reich, who was the Eagles’ offensive coordinator in Wentz’s first two NFL seasons. No matter who is slinging the ball the Colts have a good offensive line and will run the ball well. That is assuming Wentz can stay healthy enough for the passing attack to do its part.

The defense has turned over in a couple of spots but should be good again. They were second against the run a year ago, and that shouldn’t change much. Last year they had 40 sacks and were +10 on turnovers. They need to continue to make those big plays to be able to navigate one of the NFL’s toughest schedules.

Wentz will be available to start in Week 1 after it appeared that a shoulder injury could cause him to miss some time. Given his injury history, there is reason to be cautious about the Colts. But with him ready to go, you can feel more optimistic about backing the Colts than you would with Jacob Eason taking the snaps.

Wentz is capable of leading the Colts to a division title, but beyond that, I am not a fan of Indy’s chances. They are a good team, but I am not sold yet on their ability to win playoffs games on the road, which they are likely going to need to do take the conference or more.

How well the Colts can do in their first five games will be vital to the win total. After that, the schedule eases up with the exception of their back-to-back against the Bills and Bucs. Right now I still like this team to win 10 games. I don’t like paying a premium on futures though, so I am not running to the window to make the bet.

Prop to consider: Kwity Paye to win Defensive Rookie of the Year (+900)

The last two winners of the award have been guys who put up sacks. That is what Paye is expected to do. Also interesting is Darius Leonard to win Defensive Player of the Year. The competition is good, but putting up big numbers on a winning team will have him in contention. Finally, Carson Wentz at +1000 to win comeback player of the year is also worth strong consideration.

Like so many teams, the Colts’ season is going to hinge on their quarterback play. Based on Wentz’s injury history and the uncertainty that comes with having a new starter in that position, taking a wait-and-see approach seems best with Indianapolis.

The 2022 Formula 1 season is only six races deep, but the race for this season’s championship alerady appears to be down to just two drivers. Last season, Red Bull driver Max Verstappen claimed his first Formula 1 World Drivers’ Championship in highly controversial circumstances, with Lewis Hamilton denied what would have been a record-breaking END_OF_DOCUMENT_TOKEN_TO_BE_REPLACED