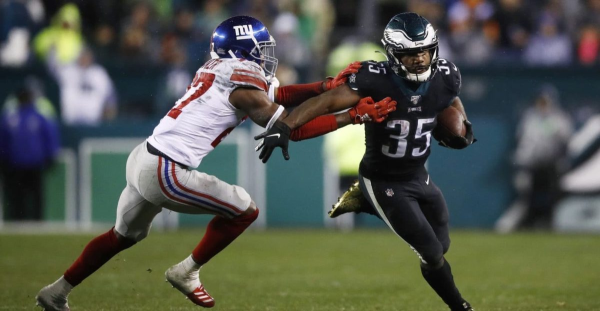 With the final week of the 2019 NFL regular season coming up on Sunday, several playoff positions remain up for grabs. Some teams are jockeying for higher playoff seeds, some teams are aiming to book their ticket to the postseason, and others are hoping to play the part of spoiler.

And because Week 17 now includes division battles throughout the NFL, many teams without a shot at playoff football will be playing their Super Bowl on Sunday as they try to cripple a rival’s chances to get their hands on the Lombardi Trophy.

Let’s take a look at the key games and the teams with a chance to play spoiler this weekend.

The 5-10 Chargers have known that playoff football isn’t in the cards for several weeks now, but they still have a chance to hurt the 11-4 Chiefs.

With a win on Sunday, Kansas City will be able to claim the No. 2 seed and a bye week in the playoffs if New England ends up losing against Miami. But if the Chargers can earn the upset victory, they’ll spoil the Chiefs’ chances at earning one of the top two seeds in the AFC.

The Chiefs enter this contest as 8.5-point favorites.

With one game remaining, the 12-3 Saints can end up with either the first, second, or third seed in the NFC.

In order to claim the No. 1 seed, a playoff bye, and home-field advantage throughout the playoffs, New Orleans needs to win and have both San Francisco and Green Bay lose. To claim the second seed, the Saints will need a win alongside a loss for either the 49ers or Packers, or wins by the Packers and Seahawks.

However, the 5-10 Panthers would love to upset the Saints and ruin their chances of achieving a bye week in the postseason.

The Saints are 13-point favorites.

As previously mentioned, the Chiefs can claim the No. 2 seed in the AFC with a win and a Patriots loss. So, the 4-11 Dolphins can play the part of spoiler by taking down their AFC East rivals.

If the 12-3 Patriots lose, they’ll open the door for Kansas City. If the Chiefs win, the Patriots will end up missing out on the second seed and a bye week.

New England is a 16-point favorite this week.

Although the 3-11-1 Lions don’t have a chance at playoff football, they can kill the 12-3 Packers’ chances of earning a bye week or the top NFC seed by upsetting Green Bay in Detroit.

While the Packers can get any of the top three seeds, they’ll be relegated to the third spot and miss out on earning a bye week if they fall to the Lions while the Saints get a win.

The Packers are currently 12.5-point favorites.

There’s quite a bit at stake for the matchup between the 8-7 Titans and the 10-5 Texans.

While Houston has already locked up the AFC South, it has a shot at earning the No. 3 seed with a win and a Kansas City loss.

However, the Texans are really the ones playing the role of spoilers in this contest.

With a win or losses by the Steelers and Colts, the Titans will sneak into the playoffs as the AFC’s No. 6 seed. If the Texans win, Tennessee will likely be on the outside looking in.

The Titans are 3.5-point favorites.

The 13-2 Ravens have clinched the AFC’s top seed, so they’ll be looking to spoil the 8-7 Steelers’ chances of reaching the postseason in this one.

Pittsburgh can reach the playoffs via a few different scenarios, the most likely of which is a Steelers win and a Titans loss. If the Ravens win, however, Pittsburgh is likely to miss out on playoff football.

The Steelers are 1.5-point favorites.

With a win, San Francisco claims the conference’s top seed. With a loss, the 49ers will be a Wild Card team.

As the 3-12 Redskins go into Dallas and the 4-11 Giants host Philadelphia, both struggling teams have a chance to end the season on a high note by spoiling a division rival’s chances of reaching the postseason.

If the Redskins upset the Cowboys, Dallas will be knocked out of playoff contention.

However, a Dallas victory would give New York the chance to be the biggest spoiler of the entire 2019 season. In this scenario, a Giants win over the Eagles would rip away Philly’s grip on the NFC East and knock it out of the playoff race.

So, wins by the Cowboys and Giants would hand Dallas the NFC East crown and the NFC’s No. 4 seed. Otherwise, the Eagles are in.