Will the Deshaun Watson Trade Change the NFC South? 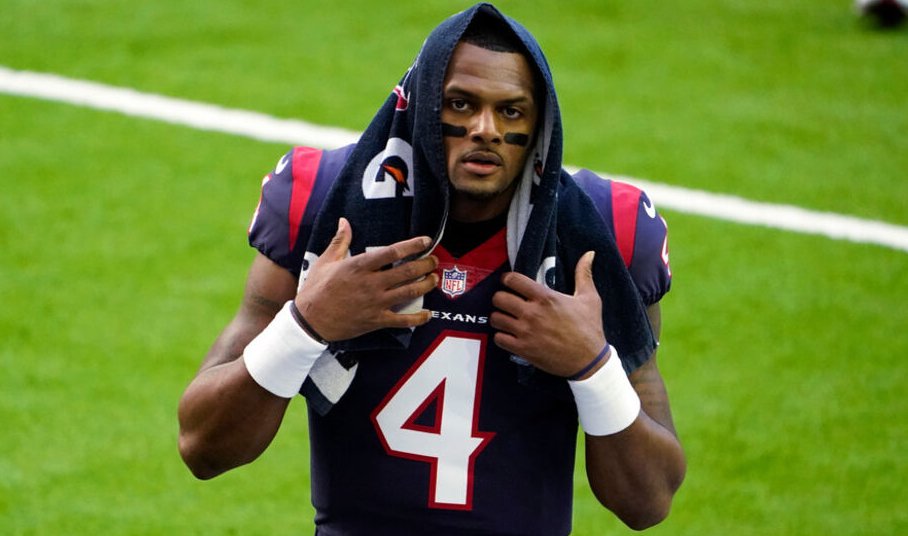 The Deshaun Watson sweepstakes are currently underway this NFL offseason as the field for potential suitors is dwindling. Among the final teams pursuing the quarterback’s services are two NFC South rivals: the Atlanta Falcons and New Orleans Saints.

When it comes to the Falcons, Matt Ryan is nearing the end of his career and the organization would like to get younger under center. Meanwhile, the Saints are still looking for a signal-caller they can trust after they ran with three different starters last year who didn’t exactly produce results.

If either team lands Watson, they’ll have a decent shot at not only going on a playoff run but potentially competing for the NFC South crown. Here’s a look at how acquiring Watson could affect the Falcons and Saints in 2022, as well as what a deal could mean for the NFC South race.

How Will a Deshaun Watson Trade Affect the Falcons?

A former NFL MVP, Matt Ryan has been consistently solid throughout his 14-season career with the Falcons. Unfortunately, his stats have been on the downswing lately. That isn’t to say that he can’t still play meaningful football elsewhere, but the writing is on the wall regarding his time with the franchise.

The Falcons would like to enter a new era of football and they can do that with Deshaun Watson as their No. 1 signal-caller going forward. When the 26-year-old last played in the 2020 season, he led the NFL with 4,823 passing yards, 8.9 yards per attempt and 12.6 yards per completion.

Watson has also been a Pro-Bowler in each of his last seasons played and seemed to get better with each passing year until his off-field issues prevent him from playing last year. With the right conditioning and offseason training, it isn’t unfathomable to imagine him getting to those levels again.

Having said that, there really aren’t too many offensive weapons for Watson in Atlanta at the moment. The Falcons lost WR Russell Gage to the Tampa Bay Buccaneers in free agency, leaving them with wideout Olamide Zaccheaus (31 receptions, 406 yards, three touchdowns in 17 games) and tight end Kyle Pitts (68-1,026-1 in 17 games).

The true lure to playing for the Falcons is the fact that Watson is a Georgia native, so a trade would bring him closer to home. Even if Atlanta isn’t ready to compete for a championship just yet, playing in his home state could be enough of an incentive.

How Will Watson Affect the Saints’ Hopes?

The Saints’ quarterback position has been in disarray ever since Drew Brees retired at the end of the 2020 campaign. It was looking like New Orleans was set to give Jameis Winston another try under center following his season-ending ACL tear, but Watson’s availability has changed that.

The Saints need a proper playmaker at quarterback and Deshaun Watson has proven that he can be that guy in his relatively short career. He and DeAndre Hopkins had a dangerous connection in Houston and it’s not hard imagining him fostering a similar one with Michael Thomas in New Orleans.

Thomas missed the entire 2021 NFL season with an ankle injury, so giving him a QB that can play to his strengths is a necessity for a bounce-back season. The 29-year-old wideout led the league with 149 receptions and 1,725 yards in 2019 and a healthy version of him could come close to that again with a prime Watson throwing him the ball.

The Saints also have a much better offensive line than the Texans, so it’s possible that we haven’t even seen Watson at his best just yet. They are missing offensive tackle Terron Armstead, who’s a free agent at the moment, however, all reports indicate that he’ll re-sign in New Orleans if the team can acquire the Houston quarterback.

The truth is that the Saints were close to making the playoffs last season, ending the year with a 9-8 record. Had they had a better quarterback, they likely would’ve qualified for the postseason, which makes Watson that much more of an attractive trade target.

How Will the Trade Affect the NFC South Race?

As of March 18, the Buccaneers are FanDuel Sportsbook’s favorite to win the NFC South at -160 odds. That makes a lot of sense considering how they were Super Bowl contenders throughout the last two years and managed to re-sign several key players this offseason (in addition to Tom Brady coming out of retirement).

Meanwhile, the Saints and Falcons are both tied for the second-best odds (+280) to win their division title this year. In other words, it’s easy to see why they’re so desperate to trade for Deshaun Watson because acquiring him could push them one step closer to the Bucs’ level.

Having said that, the Saints would likely be closer to being an NFC South contender if they acquire Watson than the Falcons would be.

As mentioned before, New Orleans was really only a legitimate quarterback away from being a playoff team last year. The Saints already have more talented offensive weapons, a sturdier o-line and a better defense than the Falcons, so it isn’t difficult to see how they’d be an even bigger threat with Watson.

On the other hand, the Falcons must make many improvements on both sides of the ball. It also didn’t help that they went 0-2 against the Buccaneers last year while the Saints were 2-0 against them.

At the end of the day, all eyes will be on both the Saints and Falcons to see if one of them will be the team fortunate enough to land Watson. If he does end up in Atlanta or New Orleans, only time will tell if his presence is enough to help his new team compete with the Buccaneers.