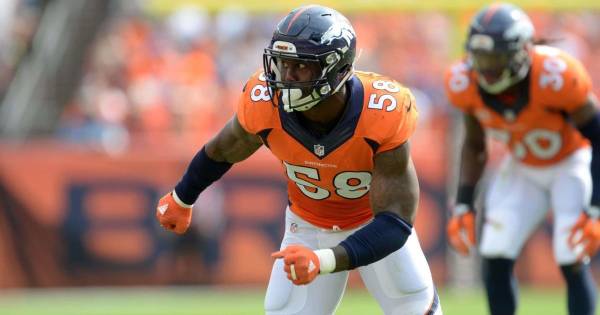 The Denver Broncos are coming into the 2019 season with a ton of optimism, but they have plenty to improve on from the 2018 campaign. Denver had another disappointing season in 2018, and it cost Vance Joseph his job. The Broncos hired Vic Fangio to lead the team in 2019, and they will be trying to win games with their defense. Denver is in an extremely tough AFC West Division, and that won’t help their chances of reaching the postseason.

The two biggest moves for the Denver Broncos in the offseason were hiring Vic Fangio as their new head coach, and bringing in quarterback Joe Flacco to lead the offense. Fangio will be in his first season as a head coach in the NFL but is a proven coordinator. Flacco might be nearing the end of his career but has a great resume.

Joe Flacco: Joe Flacco was brought in to be the starting quarterback in Denver this season, even though he lost his starting job in Baltimore. Flacco threw 12 touchdowns to just six interceptions a season ago but has lost a step. Denver is hoping that he can be good enough to give them a chance to win.

Von Miller: Denver wants to win games on defense, and it all starts with Von Miller. Miller had 14.5 sacks a season ago and is closing in on 100 for his career. There is reason to believe that Miller and the rest of the Broncos defense will be even better with Fangio at the helm.

Rookies: Tight end Noah Fant was the first-round pick of the Broncos in the NFL Draft, and he should make an impact this season. The other biggest draft pick was Missouri quarterback Drew Lock. Lock is expected to be the future quarterback of this franchise, but he might not see the field a ton in 2019.

The Denver Broncos should be a lot better in 2019, but their final record might not show it. The Broncos have an extremely difficult schedule this season, and they are likely going to finish third in the AFC West. Picking the Broncos to go UNDER 7.0 wins is the right way to go, and there is no reason to make any other future bets on this team. Denver will be much more competitive, but they just have too many weaknesses to be a .500 team.