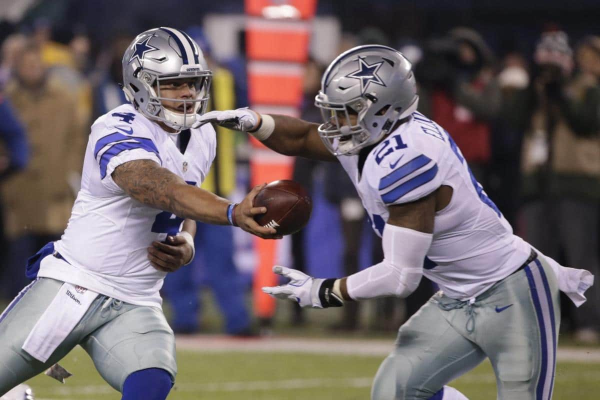 The Dallas Cowboys come into the 2019 NFL season as the defending champions of the NFC East, but they won’t be the favorite. Dallas was able to take advantage of a down year from the Philadelphia Eagles to sneak out the division title. The Cowboys come into this season with much of the same roster from 2018, but there are some major questions that need to be answered. The fans in Dallas are not satisfied with a division title, and they are hoping that the Cowboys can find a way to win the Super Bowl this season.

Dallas ended the 2018 regular season with a record of 9-7 and then earned a first-round victory over the Seattle Seahawks in the NFL Playoffs. The Cowboys suffered a 30-22 defeat at the hands of the Los Angeles Rams in the NFC Divisional Round. Dallas went just 9-8-1 against the spread a season ago, giving bettors mixed results.

One of the biggest offseason moves that the Cowboys made is announcing that tight end Jason Witten will be returning to the team. Witten spent the 2018 season as a member of the Monday Night Football broadcast crew. The Cowboys lost wide receiver Cole Beasley to the Buffalo Bills but signed Randall Cobb to a one-year deal to take his place. Dallas used their franchise tag on defensive end DeMarcus Lawrence for the second straight season.

Dak Prescott: Prescott got off to a slow start in 2018 but finished with some pretty good numbers. The quarterback threw for 3,885 yards a season ago while completing over 67 percent of his passes. The Cowboys are hoping the Prescott continues to improve as he gets older.

Ezekiel Elliott: Ezekiel Elliott has yet to report to training camp as of Aug. 11 and is threatening to miss regular-season games. Elliott ran for a league-high 1,434 yards a season ago and is also a threat in the passing game. The Cowboys won’t be as dangerous on offense if Elliott isn’t in the fold.

Amari Cooper: Amari Cooper will be entering just his first full season with the Cowboys, but he made a great first impression a season ago. Cooper caught 53 passes for 725 yards and quickly developed into the top option for Prescott. The Cowboys will likely look to throw more this season with Cooper out on the field.

Rookies: The Cowboys didn’t have a pick in the first round of the 2019 NFL Draft, but they loaded up on defense in the later rounds. Defensive tackle Trysten Hill and cornerback Michael Jackson both have a chance to see the field this season.

There is just too much uncertainty surrounding the Dallas Cowboys this preseason to pick them to win the NFC East for the second straight season. The Philadelphia Eagles are the favorites to win the division, and they should be able to pull it off. The over/under on total wins is set at 9.0 wins, and I think the under is the right call here. 9.0 wins feels like the ceiling for the Cowboys, but their schedule suggests an 8-8 season at best. Dallas will likely miss the playoffs in 2019, and you should stay away from any future bets at this time.