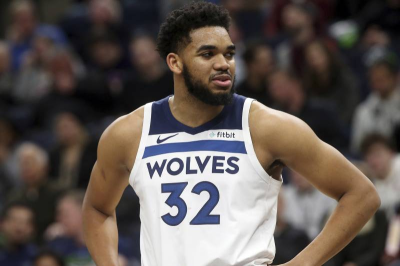 Wednesday’s 9-game DFS slate is bound to be one of the most exciting slates of the year with almost 50 players currently listed as out or questionable as of noonEST. With so many injuries to monitor and the potential for trades galore, be sure to keep up on news throughout the day to give you the best shot tonight.

As of right now, I assume that the T–Wolves have 8 active NBA players on their roster come game time against Atlanta, although I guess that it is possible that Evan Turner is available or that they will bring up a player from the G-League. Either way, this team lost a lot in a 4-team trade last night and now they face one of the best matchups in the NBA.

Jarrett Culver is the highest projected player tonight in terms of ownership and I think that makes a lot of sense given his price and opportunity. I expect Culver to start at the 1, although we could see Jordan McLaughlin pick up a surprise start as he has played well in a backup role.

Either way, all of these T-Wolves guys have to play monster minutes in a great matchup and I think that they are all great tournament plays. Andrew Wiggins is probably my favorite at ownership right now, because he takes on a lot of ball-handling without a true point guard out there on the court.

The Pistons were really chalky on Monday night’s slate and I expect that to continue again tonight. Reggie Jackson shot 1-16 on the second leg of a back-to-back after an overtime game and he was questionable leading into the contest. There is reasonable concern that his injury history is what forced the bad shooting night, but it’s impossible to fade a player with 35 minute upside who just took 16 shots in 24 minutes even when he missed basically every shot.

I really like Bruce Brown again even after a price hike following his high ownership last game. Brown can contribute in multiple categories and has a really nice floor and ceiling given the injuries on this team.

The Celtics will be without Kemba Walker, Marcus Smart, and Daniel Theis and this should lead to some heavy ownership on Enes Kanter and the Boston wings. Kanter is a great play where he is cheap because of his fantasy production when he gets the minutes. He is dealing with an injury, but I expect him to play.

On sites where he is cheap, BradWanamaker should get the start after performing well and I like him to play 30 minutes if he plays well. Wanamaker isn’t a cash play on most sites, but if he produces, he will play big minutes.

With so much value on this slate, I expect most people to start to work their way up to a stars and scrubs lineup build, but there are not too many big names on this slate. I do really like Trae Young against Minnesota where you play multiple T-Wolves. Young was great in the first half last game, but then Teague got rolling and Young deferred to another true point guard and lost a lot of usage.

Kristaps Porzingis is another great option and I think that he is better if Valanciunas plays. JoVal is a great player, but he almost always refuses to defend the 3-point line. We saw how that goes against Porzingis last game and I expect Porzingis to rain down three’s again if Valanciunas is his primary defender.