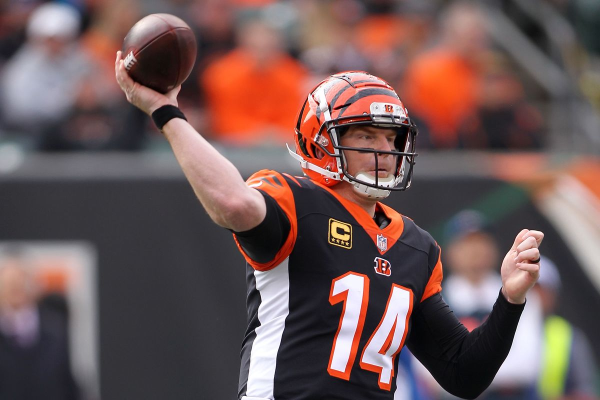 The Cincinnati Bengals will open up the 2019 season with a new head coach after Marvin Lewis was fired at the end of the 2018 season. Zac Taylor is the new man in charge in Cincinnati, and he will have his hands full this season. The Bengals have been extremely competitive in the past decade, but their outlook for the 2019 season doesn’t look as promising.

Cincinnati went just 6-10 a season ago, and things got really bad down the stretch for the Bengals. The Bengals have seen their rivals, the Cleveland Browns, blow past them and become the favorites to win the AFC North. Cincinnati did manage to go 9-7 against the spread in 2018, but that didn’t help them in the standings. The Bengals are just hoping to be a .500 ballclub this season.

Hiring Zac Taylor was definitely the biggest offseason move for the Cincinnati Bengals, and he should bring a new identity to this team. The Bengals also re-signed wide receiver Tyler Boyd to a four-year, $43 million extension. Left guard Clint Boling announced his retirement after eight seasons with the team, and the Bengals did very little in the free-agent market.

Joe Mixon: Mixon ran for nearly 1,200 yards a season ago, and found the end zone eight times. Mixon will be the focal point of the Bengals offense this season, and he should see a ton of carries.

Andy Dalton: Andy Dalton is nearing the end of his career but is still capable of putting up big numbers for this offense. Dalton threw for over 2,500 yards in 2018 and had 21 touchdown passes. If Dalton can stay healthy, that will help the Bengals out a ton.

AJ Green: AJ Green was injured for a large part of 2018, and his 2019 season is off to the same start. Green underwent an ankle procedure, but it’s not expected to keep him out long. Green had six touchdown catches a season ago and averaged 15.1 yards per reception.

Rookies: The Cincinnati Bengals didn’t exactly blow anyone away with their 2019 Draft Class, but there are a few nice players who should be on the field in the season opener. Tight end Drew Sample could help improve the offense.

Let’s take a look at the current odds for a few of the top prop bets surrounding the Cincinnati Bengals.

The Cincinnati Bengals are clearly the worst team in the AFC North Division, and they might lose all six games against their division rivals. Cincinnati managed to win six games a season ago, but they should be much worse this season. The Bengals are really going to struggle, and it is hard to find six winnable games on the schedule. Take the UNDER 6.0 wins for the Cincinnati Bengals. Also, stay far away from any of the future bets as the Bengals are going to be watching the NFL Playoffs from their couches.