Burfict Suspended for Season; Will He Step On NFL Field Ever Again? 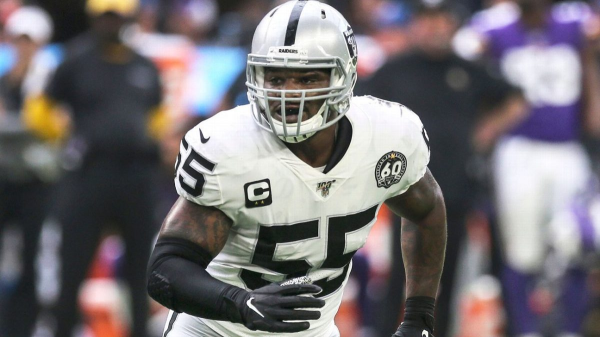 Another season, another story about Vontaze Burfict with a questionable hit — Will he ever play again?

In the NFL, being a headhunter is seen as a respectable title. While the mainstream media and press won’t discuss it, in the NFL, headhunters are akin to defensemen who are championed for their fighting prowess in the NHL. While the NFL by no means openly endorses fighting in the field of play the way hockey does, there is an underlying culture that respects those that lay devastating hits on other players.

But at the same time, this seemingly paradoxical ideology has an antithesis: The belief that all NFL players are gladiators warring with each other every Sunday, Monday or Thursday, and a few times a year on Saturday, but no one aims to legitimately hurt anyone else.
NFL players understand that they have to look out for each other’s well being, because, at the end of the day, it is a brotherhood that very few human beings on planet Earth ever get to be a part of.

These warring belief systems constantly play out on the football field. For every jarring hit that elicits visceral celebration on the field, you can find images of those same players checking on the player whom they injured, greeting them with a handshake or helmet touch.

Not the same for Oakland Raiders linebacker Vontaze Burfict, however, perhaps the most notorious name in modern-day football, an infamously brutal headhunter and sometimes ankle twister.

After a recent hit on Colts tight end Jack Doyle, the NFL said enough was enough. Burfict was suspended for the remaining 13 games without pay, a move the NFL made after a rising amount of unsportsmanlike conduct penalties.

Burfict is no stranger to controversy. His infamy began in Cincinnati, largely following an iconic helmet-to-helmet strike he initiated on Antonio Brown during a Steelers-Bengals playoff game. What made the play similarly notorious was the fact Burfict’s penalty helped get the Steelers in field goal range, costing the Bengals what appeared to be a sure victory.

Now several years later, Burfict is still engaging in the same antics, antics which may very well put other players in jeopardy. While Burfict has been shown to be reckless and excessive in his tackles and contact, he is also known for dirty plays that go beyond hard football hits.

Replays have shown that Burfict has twisted the ankles of opposing players in an effort to injure them, going way beyond the expected scope of an NFL player’s defensive maneuvers. While some of the hits Burfict has made are somewhat borderline, he has essentially built a reputation for himself as a dirty player, and frankly, that is a title that is only being cemented by these recent antics, rather than dispelled.

To answer simply: No. Burfict has only been suspended, but frankly, he is too talented and too solid of a player that a team won’t simply ignore the shot of giving him another chance at a roster spot. But as far as any serious money or a big-time contract, Burfict should realize that he is skating on a sheet of ice so thin, millimeters separate him from shaky ground and outright doom.

Until he can square away his discipline and decision-making, it’s clear that he is a liability, but it is very well possible that he may play again. That said, he may make a name for himself as one of the game’s only forces to be prevented from playing ball without committing anything criminal as countless others have.

You can count on it: This isn’t the last time you’ll hear about Burfict’s name.