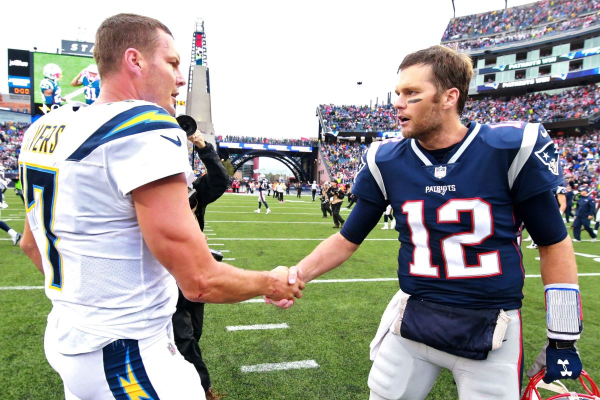 While all of the four major sports are suspended until further notice, bettors are looking for new and creative ways to place wagers. In some cases, bettors have taken to other sports like horse racing, cricket or darts – having absolutely no clue what they’re watching. In this latest case, the world of virtual reality has come calling.

On Tuesday night, Bleacher Report Betting hosted a Madden 2020 simulation game between the Tampa Bay Buccaneers and Indianapolis Colts. These were the two teams making headlines all over the NFL yesterday, with both of them getting new quarterbacks – Tom Brady going to the Buccaneers while Philip Rivers went to the Colts.

And Bleacher Report made it as life-like as possible, putting each of the superstar quarterbacks on their new squads for this matchup.

Bleacher Report set a 2.5-point spread in favor of the Buccaneers. The spread was set so that bettors could wager on the game up against their friends.

In addition, Bleacher Report gave away three hoodies to the closest guesses on how many combined passing yards there would be with Brady and Rivers.

The game itself was certainly one that got off to a rocky start. In fact, the first points of the game weren’t scored until there were 40 seconds left in the game – a Tampa Bay field goal. However, things got a lot more exciting after that.

Rivers and the Colts took the ball with those 40 seconds left and moved the ball to midfield. There were eight seconds left when Rivers hit running back Nyheim Hines on a check-down pass near the sidelines and got out of bounds with only one tick left on the clock. Then, the unthinkable happened.

Rivers chucked the final pass of regulation toward the end zone in a Hail-Mary attempt. In a move that was scripted for a Hollywood ending, Tampa Bay was called for defensive pass interference, which placed the ball at the Bucs’ one-yard line.

In a very non-dramatic move, the Colts opted to kick a field goal and send the game into overtime with the score tied at 3-3.

Tampa Bay won the coin toss and opted to receive starting the overtime. Rather quickly, Brady marched the Buccaneers downfield and put them into scoring range.

After a face-mask penalty deep in Indy territory, the Bucs were sitting there with a first-and-goal opportunity at the Colts’ four-yard line. Unfortunately, Brady and the Bucs weren’t able to score and settled for an easy chip-shot field goal.

Then, it was time for Rivers and the Colts to get their shot in overtime. And, well, this possession ended just like you thought it would – with Rivers throwing an interception.

Viewers were able to watch this all unfold online at Mixer.com. Just about every viewer that tuned seemed to be enjoying themselves. The chat on the right-hand side of the screen was filled with excitement and positive comments from the viewing audience, which is really something you typically don’t get from an online gathering like that.

Given the current climate of the country, it’s important for us to have numerous forms of entertainment. After all, we’re coming up on the time of the year when nearly all of the major sports form into one big superpower of entertainment.

Bleacher Report plans on doing the same thing on Wednesday, asking fans on Twitter which matchup they would like to see the most. No word yet on who the two teams playing will be, but we’d certainly like to see more scoring than the 6-3 game that we saw last night.