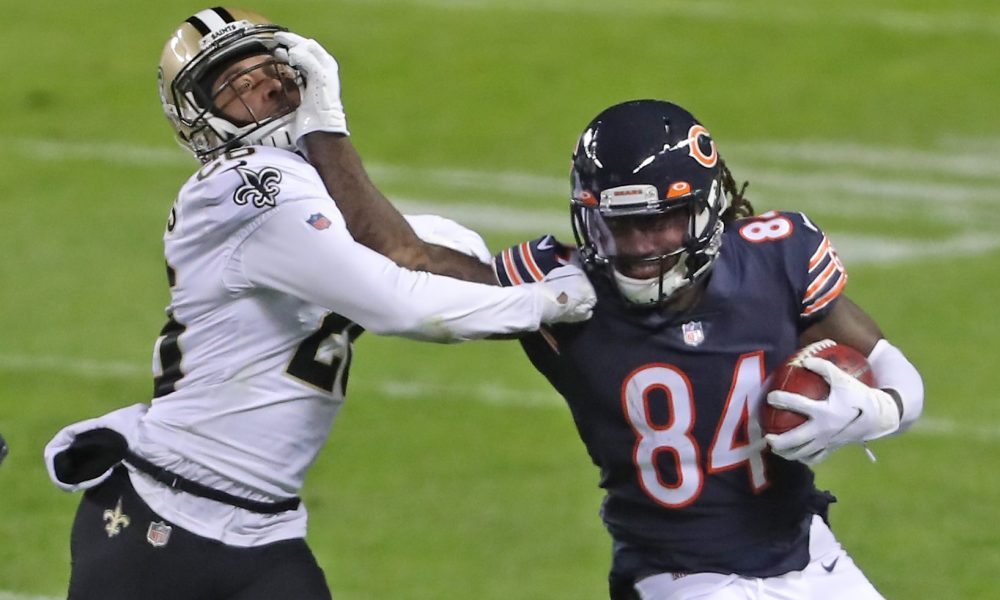 The New Orleans Saints don’t know if they’ll have one of the league’s best ball carriers suited up in their playoff opener, but not being at full strength rarely has limited them this season.

New Orleans will take on the visiting Chicago Bears in the wild-card round Sunday at 4:40 p.m. ET at the Mercedes-Benz Superdome.

Running back Alvin Kamara missed the regular-season finale after testing positive for COVID-19. Kamara and the Saints got a break when the NFL scheduled their playoff game for Sunday instead of Saturday because Sunday is the first day Kamara is eligible to return to the team.

Kamara, who tied the NFL record with six touchdowns in their Week 16 win over Minnesota, has to remain away from the facility all week and must test negative to be able to play against Chicago.

The uncertainty did not prevent New Orleans from opening as big favorites for Sunday’s game. As of Friday morning, the Saints are favored by -9.5 points and are -490 on the money line. The buyback for the Bears is +380. The total is set at 47.5 points.

How they got here

New Orleans dropped two of its first three games but ripped off nine consecutive victories to surge to the top of the NFC South. They did so without WR Michael Thomas for much of that time and without QB Drew Brees for several games. The Saints won their last two games to hold off Tampa Bay for the division title.

A six-game losing streak from late October to early December set the Bears behind in the race for the playoffs, but they rallied into the picture thanks to three consecutive wins in December. They lost their regular-season finale to Green Bay but still sneaked into the playoffs as the No. 7 seed because Arizona lost to the Rams.

Chicago’s offense took a turn for the better when it went back to Mitch Trubisky at quarterback at the end of November, but it still ranks near the bottom of the league.

It will be important to monitor the availability of Kamara throughout the week because he is perhaps the most versatile player in the NFL. The Saints can do well enough with Latavius Murray handling much of the running game, but their offense is on another level when Kamara is in the game.

Making the playoffs is usually good, but some Bears fans may wonder if it means the front office will view Trubisky as a player it should re-sign when he becomes a free agent after this season.

Trubisky has been a maddening player because he has lacked consistency. Look no further than this season. He played poorly enough for the team to bench him in September, but he came back in November and played well enough to rally the team to the playoffs.

Since returning as the starter, Trubisky had two shots at the Green Bay Packers, who beat out the Saints for the No. 1 seed by one game and lost both games by an average of 17.5 points. That may be a bigger slight on the Bears as a whole because the defense allowed 41 points and 35 points in those games.

New Orleans’ defense presents a much stronger challenge than Green Bay’s, and its offense could be just as potent.

Drew Brees has a few games under his belt since returning from injury so he is in rhythm. Star wide receiver Michael Thomas is expected to be back in the fold, too. Asking the Saints to win by double digits seems like a lot, but this is a great match-up for them to do exactly that.

After extending their hot and San Diego’s cold streak, the Seattle Mariners will be looking to leave Petco Park with a two-game sweep as they take on the Padres this afternoon. Yesterday, the Mariners pounded out a dozen hits and plated eight runs, and Chris Flexen pitched 6.2 shutout innings to collect his third straight END_OF_DOCUMENT_TOKEN_TO_BE_REPLACED