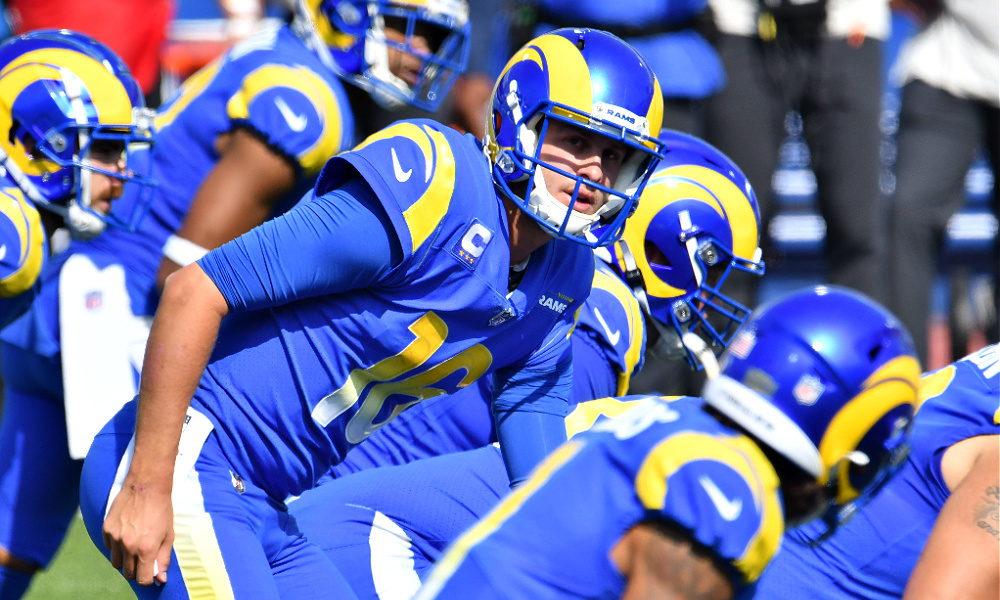 A few weeks ago, it appeared that the Arizona Cardinals and Los Angeles Rams would both be in the postseason. But going into their season-ending showdown on Sunday, there is a possibility that the winner will be in and the loser will head to an early vacation. One of Week 17’s most pivotal games kicks off at 4:25 pm ET/1:25 pm local time and will be televised on CBS.

The Rams (9-6) were in a position to either win the NFC West or lock down the #5 seed in the NFC heading into the final three weeks, but back-to-back losses to the Jets and Seahawks mean that their status is still uncertain. Meanwhile, the Cardinals (8-7) were well-positioned for their first playoff berth since 2015, but four losses in their last six games, including a home loss to San Francisco last week, now have them on the outside looking in. That is thanks to the Chicago Bears, who have caught fire down the stretch, moving to 8-7 and jumping into the seventh seed by virtue of a tiebreaker over the Cardinals.

As a result, the Cardinals are in a must-win situation for Sunday’s game at SoFi Stadium, while the Rams’ best bet to negate the need to worry about the result of the Bears’ home game against the Green Bay Packers is to handle their business at home. However, they will have to do it without star quarterback Jared Goff. With Goff out, Arizona is favored by a field goal, while the total for the game is set at 40.5. Which team will come out on top and ensure they don’t have to pay attention to the result in Chicago?

The Cardinals have made big strides this season after finishing 5-10-1 last season, but it will be disappointing if their improvement does not lead them to the playoffs. At one point, they were 6-3 and in the race for the NFC West along with the Rams and Seahawks. However, they have since lost four of their last six to not only fall out of the NFC West race but also put their playoff hopes in peril.

After three losses in a row at Seattle, at New England, and at home against the Rams dropped them to 6-6, Arizona got back on track by beating the Giants and Eagles in Weeks 14 and 15. But last Saturday, they produced a poor showing at home against San Francisco in a 20-12 loss, registering a season-low in points and failing to score multiple touchdowns in a game for the first time this season.

Second-year star Kyler Murray was in the MVP conversation when the Cardinals were in the thick of the NFC West race. But a week after throwing for a career-high 406 yards against the Eagles, he was 31 of 50 for 247 yards and an interception against the 49ers and failed to throw a touchdown pass for only the second time this season. In a 38-28 home loss to the Rams in Week 13, he was 21 of 39 for 173 yards, three touchdowns, and one interception. After throwing for over 250 yards in six of his first nine games, Murray has topped that mark only twice in the last six games. Also, after rushing for 604 yards and ten touchdowns in those first nine games, he has run for only 212 yards and one touchdown in his last five games. He did run for 75 yards on eight attempts against the 49ers, however, which was his best effort since rushing for a career-high 106 against Miami in Week 9.

Backup running back Chase Edmonds (451 yards, TD, 4.8 yards per carry), who is the bigger aerial weapon with 65 catches for 374 yards and four touchdowns to Drake’s 22 catches for 122 yards and no touchdowns, exited early against the 49ers with a hip injury. His status for Sunday’s game is up in the air. If he is limited or cannot play, that would take away one of Murray’s reliable pass-catchers. Leading receiver DeAndre Hopkins also exited against the 49ers with a hip injury, but he returned. However, he was held to only eight catches for 48 yards. In the previous meeting against the Rams, he had eight catches for 52 yards and a touchdown, but he will have to overcome any lingering injury issues to put in a bigger game on Sunday.

The Rams were dealt a big blow this week with the announcement that Goff suffered a broken right thumb against the Seahawks and will be out for Sunday after undergoing surgery. In steps backup John Wolford in the biggest game of the season to not only make his first NFL start but also see his first regular-season action. Not only will the Rams be without their starting quarterback, they will also be without leading rusher Darrell Henderson, who suffered a high ankle sprain against Seattle and was put on injured reserve. Rookie sensation Cam Akers missed the game against the Seahawks with a high ankle sprain of his own, but he could perhaps return against the Cardinals.

When dealing with such significant injury news on offense, it does not hurt to have arguably the league’s best defense. The Rams held Seattle to a season-low 292 yards, but the offense was not able to generate enough even though they outgained the Seahawks 334-292. The Rams are first in the league in yards allowed per game (286.5), first in passing yards allowed per game (192.3), third in rushing yards allowed per game (94.1), and third in points allowed per game (19.3). They are also second in sacks (49), first in fewest touchdown passes allowed (16), and tied for ninth in takeaways (21). Aaron Donald is Aaron Donald and has 41 tackles, 17.5 tackles for loss, and 13.5 sacks, while Leonard Floyd has 53 tackles, 11.5 tackles for loss, and nine sacks, posting career highs in each of those totals in his first season with the Rams and unleashing the potential that had not been seen enough in his four seasons in Chicago.

Given that the Rams are starting a quarterback that has never played a meaningful NFL down and could be counting on their third-string running back to shoulder the load on the ground, and that the current edition of the Cardinals is not full of experience in games of this magnitude, it is best to avoid too many pregame bets on this one and instead keep an eye on live action.

All that said, the best bet of all looks to be the under. Sure enough, their previous meeting was a 38-28 result, but the Rams, in a situation where they will be without their starting quarterback, their leading receiver, and potentially both of their top two running backs, boast one of the league’s best defenses and are playing at home, where they have been their stingiest. That defense will keep the Rams in it even with the injuries they are dealing with offensively.