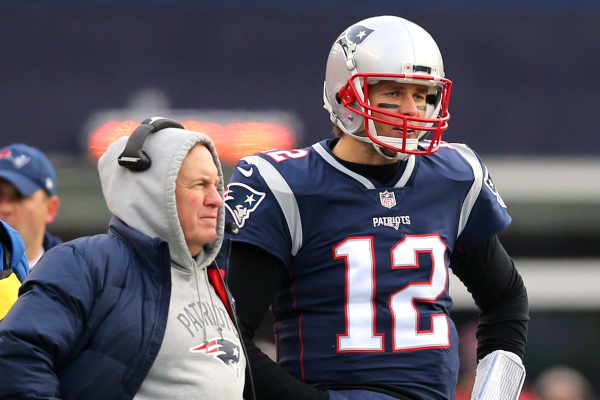 Both the New England Patriots and JacksonvilleJaguars opened up their 2018 season with a victory in week one. The Patriots were able to hold off the Houston Texans and come away with a 27-20 victory. Jacksonville was able to win a defensive battle over the New York Giants by a 20-15 score. The Patriots are a 1.5 point road favorite in the game on Sunday afternoon.

The Jacksonville Jaguars rode their defense all the way to the AFC title game last year, and they think they can do it again this year. Jalen Ramsey is the player that gets all the headlines, but Dante Fowler and Myles Jack have elite defensive skills as well. Ramsey is the most outspoken player in the NFL, and he will look to try and shut down Tom Brady and the Patriots passing attack. Fowler and Jack should help the cause by putting a ton of pressure on Brady in the Patriots backfield. The Jaguars need to keep the Patriots out of the end zone if they are going to get their revenge.

The health status of running back LeonardFournette will likely play a huge role in this game. Fournette as listed as day-to-day with a hamstring injury, and the team is not sure if he will be able to suit up for this game. If Fournette is out it places extra pressure on quarterback Blake Bortles. Bortles struggled in the season opener, completing just 54% of his passes while throwing for 176 yards. The Jaguars will need a better performance from their quarterback on Sunday.

New England Patriots quarterback Tom Brady continues to prove why he is one of the greatest NFL quarterbacks of all time. Brady completed 67% of his passes in week one on the way to 277 passing yards and three touchdowns. His main target in the season opener was once again tight end Rob Gronkowski. “Gronk” hauled in seven catches for 123 receiving yards to go along with one touchdown in the win over the Texans.

The Patriots are also dealing with injury issues of their own as Jeremy Hill was placed on injured reserve this week by the team. Hill tore his right ACL in the season opener against the Texans leaving a hole on the Patriots roster. Rex Burkhead lead the Patriots in rushing against the Texans but racked up just 64 yards on 18 carries. Coach Bill Belichick knows that his team will need to find a consistent running game to keep pressure off of Tom Brady.

The Jaguars believe that they have assembled a defense that can shut down Tom Brady but will have to prove it on Sunday afternoon. Blake Bortles also needs to play a much better game at quarterback if the Jaguars are going to have a chance. The status of Leonard Fournette is something to keep an eye on throughout the week, but it won’t matter in the outcome.