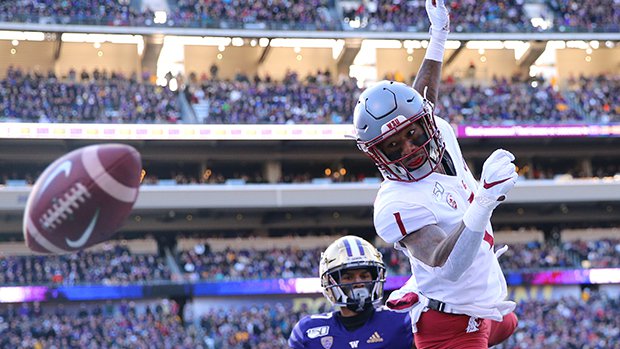 Who would have thought that both of these programs would be playing with interim coaches right now when the college football season started? There was definitely no prop for that.

Washington State has the better record and a chance to still win the Pac-12 North. The Huskies would love to end those hopes before Oregon State and Oregon meet tomorrow afternoon.

Washington has won the last seven editions of the Apple Cup, and they have covered the last 6. It has not had seen such a small spread like this since 2010 though. If ever there was a time for the Cougars to break the streak, it is now.

College football betting odds for Washington State Cougars vs Washington Huskies are via FanDuel Sportsbook as of Wednesday, November 24, 2021 at 2:16 p.m. ET.

I liked the hire of Nick Rolovich to replace Mike Leach when it happened. It is an oversimplification, but if there was no COVID he would probably still be coaching the Cougars. Nevertheless, Washington State has played hard for interim coach Jake Dickert, to the extent that he might get the full-time gig. The strength of the team is a passing game featuring QB Jayden de Laura. He had the best game of his career last week with four TD passes against an awful Arizona team. The key will be avoiding turnovers. He has only done that in three games this season.

The situation with the Huskies is different. They gave Jimmy Lake less than two years before they got rid of him as the program appears to be sinking. He was definitely not killing it, but that is still a pretty quick hook. The Huskies have lost three straight and head into this year’s Apple Cup looking to prove that they are still ahead of the Cougars even in a down year. The offense has been subpar this year, but the defense has been pretty good. They are actually tops in the nation in passing yards allowed this season, setting up a strength against strength battle in this one.

The Huskies have been playing defense all season, but it is hard to keep the level of intensity needed to do so when there is so much surrounding the program. They only gave up 20 points last week against Colorado, but the Buffaloes are a bad team right now too. Even though they are at home, I am looking for some breakdowns against a solid offense. Similarly, I am looking for the Huskies to have their best offensive performance in a while. This number is just too low for this game this season.