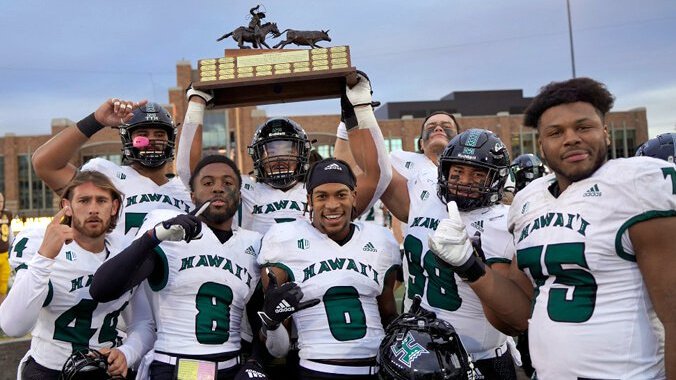 Vanderbilt and Hawaii will kick off their college football season on Saturday night. The Vanderbilt Commodores will look to rebound from a poor 2-10. showing in 2021. The Hawaii Rainbow Warriors will also be rebounding from a 6-7 season, and missing out on a bowl game.

Hawaii has been better at home, posting a 4-2 record out on the island in 2021. The Commodores didn’t do well on the road in 2021, only winning 1 game away from their home turf in Tennessee.

Vanderbilt is a heavy favorite in the lines this weekend according to FanDuel, but they have to travel all the way out to the Pacific Ocean for the game. This will be one of their easier games, as they have to go through a gauntlet in the SEC.

Even though Vanderbilt is not the powerhouse of the SEC Conference, there is still hype over the return of college football within the conference.

Hawaii is 3-9-1 all-time against the SEC, and all of those wins came on the island. They have also won their last three home Power 5 conference games, but they haven’t played a Power 5 team at home since 2019.

Vanderbilt is on the track to rebuild. After their poor showing last season, they finished dead last in the SEC East and failed to win a game within their conference. Their two wins came in back-to-back weeks by a combined 5 points against Colorado State and UCONN.

In their opener last season, Vandy fell to FCS opponent, East Tennessee State, which was an embarrassing loss for a Power 5 school. I truly think Hawaii has a chance to claim their 4th straight Power 5 win at home, as Vandy is still recovering from last year.

Vanderbilt vs. Hawaii Prediction and Picks

With the travel to Hawaii, Vanderbilt is in for a challenge. They only won 2 games last season, and they fell to an FCS opponent. Unless something drastic changes, I see a great opportunity to bet on Hawaii.

Hawaii is a great value pick as they have not lost a home opener since 2014. At +280, it is a no-brainer to bet on the Rainbow Warriors. They will keep the game close, and be able to cover the spread at the very least.