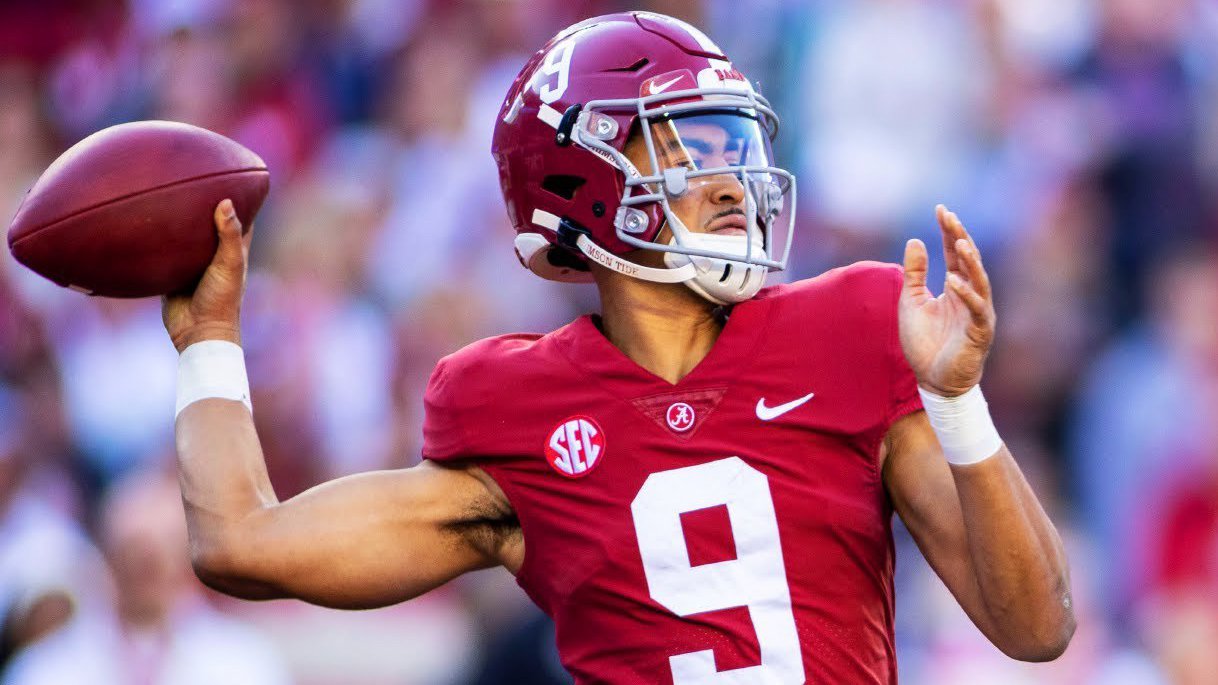 The first week of August is nearly finished, which means we’re one step closer to the 2022 NCAA college football season. Every week will be filled with football action until the beginning of the new year, culminating with the 2023 College Football National Championship.

As always, it’s fun to predict who’ll be the next National Champion. Names like Oklahoma, Ohio State and Notre Dame always stick out, but perhaps this is finally the year that a dark horse team walks away with the gold.

While there’s still a ways to go until this season’s champions are crowned, websites like FanDuel Sportsbook have released their early odds that help shed some light on who could win it all.

Here’s a look at FanDuel’s latest 2023 CFP National Championship odds, as well as a look at some of the current favorites.

All odds are from FanDuel Sportsbook.

It really shouldn’t come as too much of a surprise to see Alabama sitting at the top of FanDuel’s 2023 College Football National Championship list. After all, the Crimson Tide are synonymous with college football and have a knack for finishing the season on top.

Last season was another memorable campaign for the Nick Saban-led squad. Alabama went 13-2 across the 2021 campaign, winning the SEC Championship and Cotton Bowl Classic. Unfortunately, the Crimson Tide fell short to Georgia in the National Championship.

The good news is that all signs point to another dominant season for Alabama. Saban is back for his 16th season and even though the Crimson Tide lost several key players to the 2022 NFL Draft, especially on offense, the team is still as strong as ever.

Alabama’s success hinges on Bryce Young’s ability to recreate magic under center. The 21-year-old became the first QB in school history to win the Heisman Trophy last year, throwing 4,872 yards and 47 touchdowns in 15 games. Now, time will tell if he can have an encore performance and bring his team to the National Championship in the process.

Ohio State is another school that seems to constantly find itself in the middle of National Championship discussions. Having said that, the Buckeyes last competed in college football’s biggest game in 2021, where they were destroyed, 52-24, by the Crimson Tide.

QB C.J. Stroud is back for another year, giving Ohio State a realistic shot at winning the title. He was a Heisman Trophy finalist last year, displaying all the tools that elite quarterbacks have. He may have lost a couple of his top weapons this offseason, but he still has his No. 1 wideout in Jaxon Smith-Njigba, as well as talented up-and-comers like Marvin Harrison Jr.

The key to challenging for the 2023 College Football National Championship will be for Ohio State to showcase better defense than last year. The Buckeyes surrendered 22.8 points per game (No. 31) in 2021 and while that isn’t awful, it’s still worse than Big Ten schools like Michigan (17.4) and Penn State (17.3).

The Georgia Bulldogs are another team that college football fans must watch out for this NCAAF season. After all, they are the reigning CFP National Champions for a reason.

It was business as usual for the Bulldogs in 2021, suffering just one loss in 15 games while going a perfect 8-0 against the SEC. If that wasn’t impressive enough, Georgia paced the entire nation with a scoring defense that gave up only 10.4 points per game.

Georgia lost a record 15 players to the NFL Draft, so things will, understandably, look different this season. Fortunately, the Bulldogs are great at bringing in new players, with ESPN listing Georgia as having the second-best 2022 recruiting class.

Head coach Kirby Smart is one of the best bench bosses across the United State. If anyone can bring out the best in the new crop of players and potentially challenge for the National Championship, it’s him.

Though Georgia had the best defense in the country last season, Clemson was right up there as well. The Tigers surrendered an average of 15.8 points, only trailing the Bulldogs, which highlights just how good the defensive unit was.

Nevertheless, the 2021 campaign didn’t end well for Clemson as the school failed to qualify for the College Football Playoff. Nevertheless, the Tigers did end the year on a six-game winning streak, leaving fans hungry for more this fall.

Head coach Dabo Swinney and QB DJ Uiagalelei need to get the offense rolling early and often to find success this year. Clemson only averaged 24.4 PPG (No. 85) last year and an abysmal 54.8% pass completion rate (No. 112). Regardless of how good the defense is, it’ll be tough to win games (and the 2023 College Football National Championship) if the Tigers can’t find the end zone.

After Clemson, the odds jump up quite a bit when it comes to the USC Trojans, who sit at +2000 to win the National Championship to open up 2023.

USC owns one of the top offensive lines in the country, which should play a role in any success the school sees. In fact, the whole offense has the potential to be elite, especially with 2022 Heisman Trophy candidate Caleb Williams as the starting signal-caller.

Nevertheless, while the Trojans look solid on both sides of the ball on paper, they still need to hit the field and prove it. The talent and potential are certainly there, but it all comes down to whether or not USC can put it all together early on.

Other NCAAF Articles on Betting News