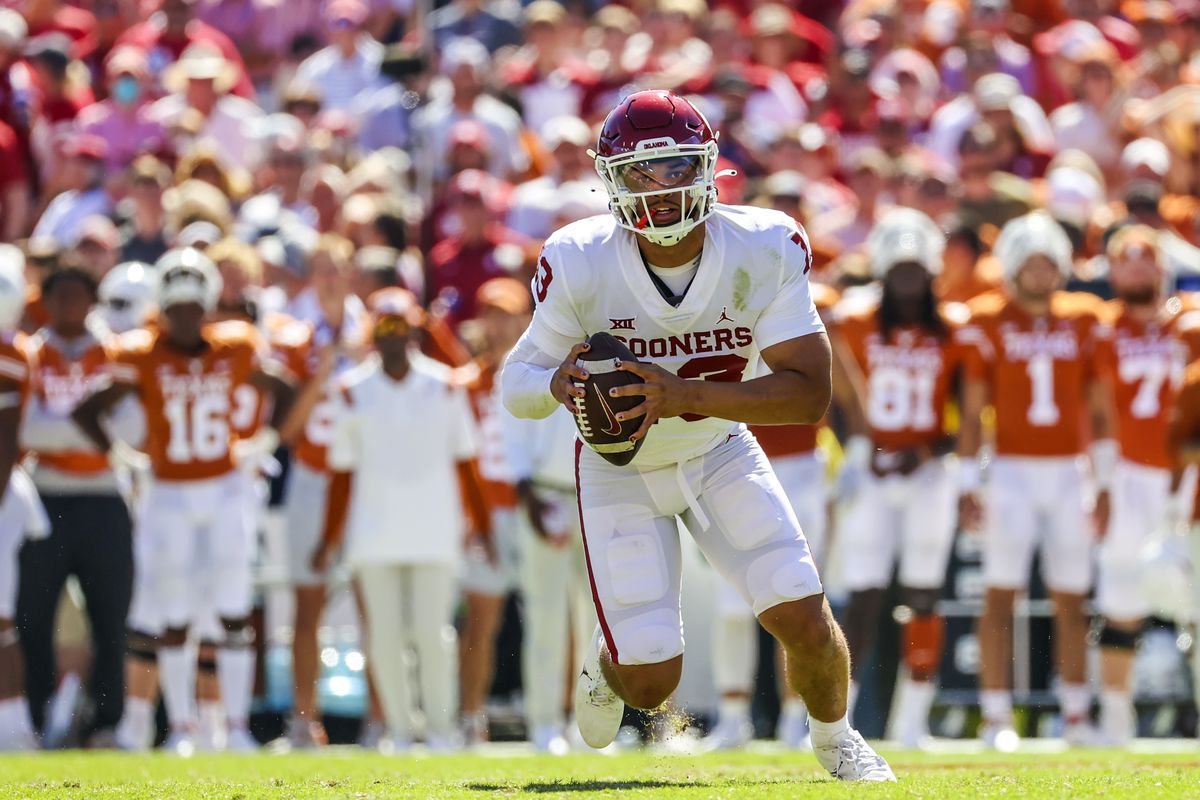 Somehow, someway, Oklahoma is still undefeated after one of the wildest games of the college football season. Down 41-23 late in the third quarter against Texas, the Sooners rallied for a thrilling 55-48 win over the rival Longhorns in an epic Red River Rivalry showdown.

Returning home they now have to avoid a letdown against an opponent that is good enough to beat them.

Or so we think.

TCU has not been as good as expected this season, but the Horned Frogs look like they have enough talent to win on the road.

TCU is coming off of a road win at Texas Tech last week. It was their first cover on the season too. The offense exploded for 51 points, and that provides some optimism for keeping things close in Norman.

The ground game exploded against the Red Raiders with 394 yards on just 47 carries. Texas had success running the ball against Oklahoma last week, so I don’t think the approach will change much even though the Sooners are better on defense than Texas Tech. Limiting the number of attempts for QB Max Duggan looks like a winning strategy too. He was 8 for 10 last week. That is shockingly low, but they won big, so the formula worked.

While their offensive explosion was great, the Horned Frogs gave up 31 points and were outgained by Texas Tech. Oklahoma has had its offensive struggles this season but busted out last week against Texas. TCU is one of the worst teams in the nation in yards allowed, which is very uncharacteristic of a Gary Patterson-coached team. The best we may be able to hope for this week is that the veteran coach has some new looks for an inexperienced OU quarterback. Perhaps a mistake or two can turn this one.

After Red River Win, What is OU?

Oklahoma might be undefeated, but they are not really having the season they expected. After weeks of sputtering offense, the Sooners went to freshman QB Caleb Williams last week and he was brilliant in leading them to a memorable win over Texas.

Williams is a better athlete than Spencer Rattler and can make plays with his arm and with his legs. That duality seemed to open up the running game, as RB Kennedy Brooks ran for more than 200 yards against Texas. Coach Lincoln Riley has not formally announced his quarterback starter for this game, but I don’t see how he can not give the ball to Williams.

As promising as things are getting on offense you have to be a little worried about Oklahoma’s defense. Texas has good personnel, but that is now back-to-back games where the Sooners have given up at least 31 points, and Tulane scored 35 against them in the opener. Those results against West Virginia and Nebraska are now looking like outliers against inept offenses more than real improvement on defense. If K-State could score against the Sooners, TCU should be able to as well.

Both teams are coming off of their best offensive games of the season. Even though they both dominated on the ground they are going to be feeling good, and when you can rip big plays running the ball I don’t worry too much about having enough time to light up the scoreboard. Both teams should be scoring in the 30s in this one, and the outcome should be tighter than the spread too.

The 2022 French Open is underway at Stade Roland Garros in Paris, France, and we are already almost through the first week of play. Tomorrow, the remaining third-round matches will take place, after which the men’s and women’s singles draws will be down to their final 16 contenders. In both men’s and women’s singles, there END_OF_DOCUMENT_TOKEN_TO_BE_REPLACED