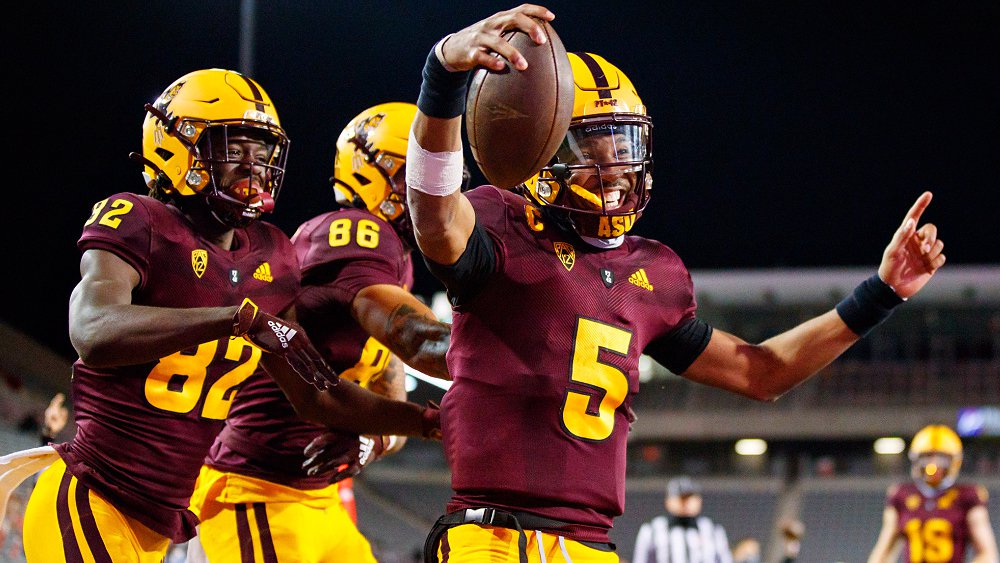 Last week, Stanford might have blown up the Pac-12’s chances of having a team reach the College Football Playoff. Tonight, they are on the road to try to knock off a third ranked team this season, as they visit Arizona State.

Stanford might not be “back” but a win over Oregon shows they at least might be on their way back to being an elite program in the league. Are they the best team in the Pac-12 North? A win tonight and it would be hard to argue against that.

Arizona State comes in off of a road win over a UCLA team that has not built off of its big win over LSU. That might somewhat temper the hype on the Sun Devils, but tonight is an opportunity to make their case as the best team in the conference.

Stanford beat Oregon at home last week in overtime. It was an impressive win, but just how good are they? They also have a road win over a USC team that was ranked at the time, but they lost at home to Kansas State and UCLA.

What we have seen is the development of sophomore quarterback Tanner McKee. He is big, strong, and looks the part, and now he is producing on the field. McKee has yet to throw an interception this season and has 11 touchdown passes. Stanford has historically been an “establish the run” team under Shaw, but they can be more dynamic when they have the right guy under center.

On defense, the Cardinal gave up lots of yards on the ground but stiffened against the pass last week against the Ducks. ASU is pretty balanced, but they are definitely better than Oregon at the quarterback position. The defensive numbers for the Cardinal this season mirror what we saw against Oregon. Again it plays against what we expect when Stanford is a quality program as they have been so good in the trenches in the past.

Is Arizona State the Best Team in the Pac-12?

The Sun Devils have to be feeling pretty good about themselves. Their only loss this season was to BYU, who is undefeated and ranked in the top 10. They have covered in both of their conference games, winning each by double digits. Arizona State is very balanced on offense and that is going to be key against Stanford. I like quarterback Jayden Daniels a lot, and I feel like the Sun Devils could be even more dangerous if his reins were loosened. He is a great athlete and they should trust him more to make plays.

I am not sure what to make of the ASU defense, however. You can throw out games against Southern Utah and UNLV, but they have been pretty stout overall. They are actually in the top ten in college football against the pass, and that is relevant against a team that likes to throw the ball a decent bit. I think the key will be getting an early lead so they can use that to dictate play on both sides of the ball.

I was a little surprised that Arizona State is getting as much respect as this line suggests. Clearly the market has not valued beating Oregon all that highly, even though the Ducks were ranked third last week. I would love a number just under 10, but the reality is that I feel very comfortable that the Sun Devils can win each half by a touchdown. Will the backdoor cover be open? Sure, but the home side is the smart play here.

It has been a miserable month for the Seattle Mariners, and things are unlikely to get any better tonight as they welcome AL Cy Young Award favorite Justin Verlander and the Houston Astros to T-Mobile Park. After just missing out on the MLB playoffs last season, the Mariners entered this season with hopes of finally END_OF_DOCUMENT_TOKEN_TO_BE_REPLACED