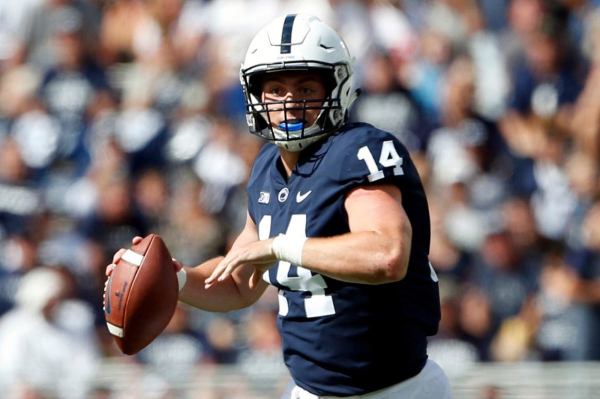 The college football season continues on Friday and gets going with a good one as the No. 12 Penn State Nittany Lions (3-0) travel to Maryland Stadium to take on the Maryland Terrapins (2-1). Both of these two will be trying to get the edge in the Big Ten and will look to continue their push towards a conference title and postseason berth. Kickoff for this one is scheduled for 8 pm ET.

Coming into this week, Penn State has been on a decent roll. After walloping Idaho 79-7 and Buffalo 45-13 in the first two weeks of the season, they did have a bit of a tougher time in their last matchup with Pittsburgh skating by 17-10. Still, Pittsburgh has shown that it can play tough and Penn State seems to be legitimate on both sides of the ball.

The Maryland Terrapins also had a good first two weeks. They won their opener 79-0 over Howard and followed that up with a 63-20 win over Syracuse. In week three, though, they struggled to find any consistency and ended up losing to Temple 20-17. They will look to bounce back after an off week against the ranked Nittany Lions.

The point spread for this one currently sits with Penn State being a 6.5-point favorite despite playing on the road. The over/under on total points scored is set at 61.5.

On the defensive side, the roles are reversed. Penn State holds the slight advantage, as they currently rank 10th in the nation in points allowed at just 11.5 points. For Maryland, they come in 30th in the nation, allowing 20 points per game to opponents.

It has been a great start to the season for the Nittany Lions, and they would love nothing more to keep it going against Big Ten foe Maryland. Penn State is led under center by Sean Clifford. On the season, he is 44 for 75 (58.7 percent) with 781 yards, six touchdowns and no interceptions. Through three games, he has been sacked six times. On the ground, Clifford has rushed 25 times for 113 yards but no touchdowns.

Speaking of the ground, Journey Brown leads the way in terms of rushing for Penn State. He has 21 attempts thus far for 175 yards (including one he busted off for 85 yards) and two touchdowns. Devyn Ford has also been solid with 117 yards and two touchdowns on 12 rushing attempts.

Despite going against a ranked opponent, Maryland has a squad that can push Penn State to the limit in this one. Quarterback Josh Jackson has had a decent start to the season throwing for 724 yards, eight touchdowns and two interceptions thus far. If he is going to beat you, though, he will usually do it with his arm. On the ground, Jackson has technically rushed 14 times for -14 yards.

Who can beat you on the ground is running back Anthony McFarland Jr. Thus far he has rushed for 225 yards and five touchdowns on 46 attempts. Javon Leake has also fared well, going for 187 yards and two scores on 18 attempts.

Through the air, Maryland has been led thus far by receiver Dontay Demus Jr. He has nine catches for 167 yards and two touchdowns to date.

Penn State To Win And Cover

This is the point of the season when we can start to separate the contenders from the pretenders. To this point, many schools have played lesser competition, and they are now starting to get into the thick of their conference schedule. These two schools are no different. With that in mind, I have to look to recent history, which has found Penn State winning the last three matchups by an average of over 40 points. While that type of spread might be a stretch in this year’s matchup, I do think Penn State will be able to cover by a touchdown or more.