Tough Day For Big Ten; Outside of Ohio State, Do They Have A Real Chance? 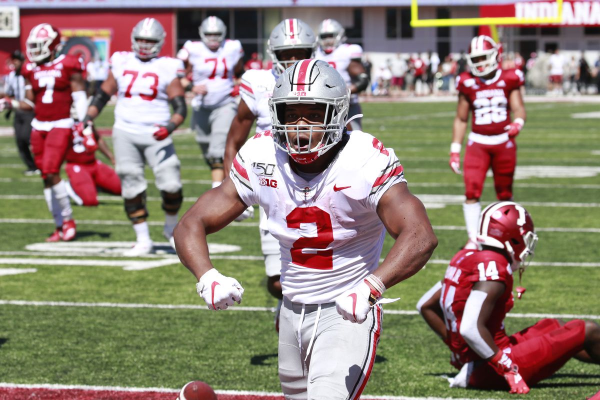 After a horrendous slate of games, the Big Ten is hardly big and bad; they seem to be just plain bad

If these kinds of disappointing performances persist, it really raises a critical question for the conference: Does anyone, outside of OSU, actually have a chance to compete for a playoff spot, let alone win a national championship?

Penn State has been a frustrating team for Nittany Lions fans, especially those that thought they could’ve possibly upset the Buckeyes last season. As three-point home dogs last season, they nearly had the chance to pull off what would’ve been the most significant Penn State victory in many, many seasons, but they blew it. Now after their most recent game against the Pitt Panthers, who have been woefully disappointing thus far this season, it’s clear that they have a lot to do before they can get back to the high level that they’re accustomed to.

Against one of the ACC’s worst squads, they looked extremely unimpressive. Penn State is by no means a competitor at any serious level, and we very well may see a decline in their rankings after their performance on Saturday, as they failed, not only on paper, but also, with the simple eye test to impress the committee.

Losing as double-digit favorites against the upstart Arizona State Sun Devils is pretty bad, but to do it as double-digit home favorites is far worse. Michigan State is by no means in the shape that it used to be several seasons ago, and they are far from the once-great Connor Cook-led Spartans that were competing against Alabama in a College Football Playoff game.

Maryland Loses to Temple on the Road

After nearly pulling off back-to-back ranked wins, Maryland dropped the ball against the Temple Owls as seven-point road chalk. Maryland has shown flashes of brilliance, but until they can put together consistent efforts week-to-week, they are hardly serious contenders.

Beating one of the lower-tier teams in the MAC is hardly anything to brag about, but after recent disappointments, the Nebraska Cornhuskers in the Scott Frost-era should puff their chests out. They are a squad that has continuously failed to put together consistent efforts, but being able to take care of business and get an easy home win against a far inferior team is hardly anything to write home about.

While we get done trashing the MAC, the MAC trashes the Big Ten right back. Losing against Eastern Michigan is very disappointing for an Illinois team that some said was a lot better than advertised, but as the bookmakers have shown, they are not always on the money when it comes to making plays.

The Buckeyes are really the Big Ten’s only real contender this season, and since Michigan was on a bye week, they don’t have to hear us trash them too much, but this year is really a make-or-break year for Big Blue. Ohio State has proven they have the talent and the complete squad to compete against the nation’s best.

While they have nothing to really brag about playing against the likes of Cincinnati, Florida Atlantic, and Indiana, don’t let these blowouts against the cupcakes of the world skew your perception. The Buckeyes will most likely win the Big Ten, and depending on how the other conferences play out, may very well find themselves in the playoff later this year.